The Sinn Féin leader will be involved after all.

RTÉ's General Election steering committee met at 11am on Monday to consider representations from Sinn Féin for Mary Lou McDonald to participate in the Prime Time leaders' debate. 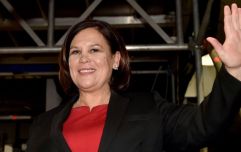 END_OF_DOCUMENT_TOKEN_TO_BE_REPLACED

Originally, the debate was scheduled to be solely between Taoiseach Leo Varadkar and the Fianna Fáil leader Micheál Martin.

However, McDonald will now participate.

RTÉ has reported that Sinn Féin's Pearse Doherty, who made the request to RTÉ in person on Sunday, had argued that recent opinion polls prove that the criteria used to exclude McDonald are redundant.

An opinion poll on Sunday placed Sinn Féin as joint leader with Fianna Fáil on 24% each, ahead of Fine Gael on 21%.

RTÉ had previously said its approach to leaders’ debates was based on empirical data on previous vote shares, but indicated that it was “open to evaluate representations by political parties”. 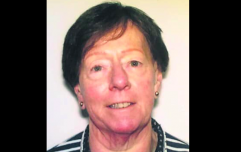 END_OF_DOCUMENT_TOKEN_TO_BE_REPLACED

RTÉ has also stated that the Taoiseach and Micheál Martin have no issues with the format being changed to accommodate the Sinn Féin leader.

The Labour Party has also submitted a proposal to RTÉ requesting that the leader of any party which could participate in the next government, be allowed to join the debate.

popular
RSA confirm online theory tests to come into effect later this month
Micheál Martin says international travel could be possible by "latter part of summer"
Everything you can do from tomorrow as biggest easing of restrictions in months to take place
QUIZ: Can you identify the EU country of origin from these €1 coins?
The JOE Movie Quiz: Week 101
The JOE Music Quiz: Week 56
QUIZ: Can you identify which of these countries have the colour blue in their flag?
You may also like
10 months ago
Fianna Fáil gets off on the wrong foot, especially with their own crybabies
1 year ago
Sinn Féin surges to 15 point lead over Fianna Fáil in latest opinion poll
1 year ago
Rallies prove that Sinn Féin are playing the game better than anyone else right now
1 year ago
Leo Varadkar's long, lonely count centre wait summed up Fine Gael's disastrous election
1 year ago
A couple in Cork who ran for the Dáil but for different parties have both been elected
1 year ago
Simon Coveney once again rules out coalition government with Sinn Féin
Next Page