Russia are planning to take over the moon

There's a movie in here somewhere...

So you thought that the moon belonged to us all, and was to be admired from afar down here on planet Earth? Turns out you were totally wrong, at least according to Deputy Prime Minister of Russia, Dmitry Rogozin, who announced yesterday that he wanted to build a base on the moon.

Rogozin told Rossiiskaya Gazeta, a daily paper, that making repeated trips to the moon was inefficient (and probably pretty costly we imagine), and that setting up a manned base would make a lot more sense so that they didn't have to keep going back and forth.

END_OF_DOCUMENT_TOKEN_TO_BE_REPLACED 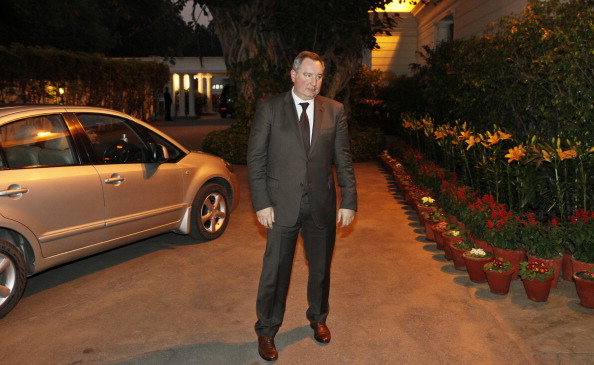 A translation of the interview with Rogozin on The Voice of Russia states that he said Russia plans to "come to the moon forever", and that by the end of the decade they will have launched three lunar spacecraft, two to the surface and one to orbit it, with further plans to drill and search for water before 2020.

According to The Huffington Post, this isn't the first time that he's floated this idea, as back in 2012 he stated that he wanted a "big super goal that could pull science forward" and a base on the moon made the most sense. Because it does make sense, of course...