A big blow to all of the airports.

Ryanair has confirmed it is halting flights from regional airports across Ireland, including Ireland West Airport, Cork and Shannon, from 14 November until 12 December.

The airline issued a statement on Wednesday stating it had reduced its capacity down to 40% of what it was operating this time last year. 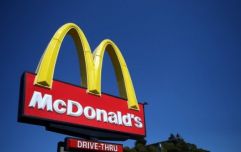 McDonald's to create 800 jobs across Ireland ahead of full reopening

END_OF_DOCUMENT_TOKEN_TO_BE_REPLACED

“Ryanair recently announced its reduced winter schedule, taking capacity down to 40% compared to the prior year," a Ryanair spokesperson said.

"As a result of continuous Government mismanagement and a complete collapse in travel demand, additional cuts regrettably had to be made across our Irish airports.

"From 14 November to 12 December, Ryanair will only operate from Dublin Airport in Ireland, but operations will resume on 13 December ahead of the Christmas season to allow Irish families to reunite."

On Wednesday, Ireland West Airport Knock said it would close for a month following Ryanair's decision.

The collapse of footfall through the airport is a result of the ongoing Covid-19 pandemic with restrictions on travel across the EU decimating air travel.

The Big Reviewski || JOE · TBR Spotlight: Loki - Episode Two - 'The Variant'
popular
Met Éireann warn of thunderstorms as Atlantic system set to hit Ireland
The JOE Music Quiz: Week 62
The JOE Friday Pub Quiz: Week 248
QUIZ: Can you name all these European countries from a list of cities?
Aer Lingus introduce new fee to bring carry-on bags onboard flights
QUIZ: Can you get full marks in this potentially very frustrating general knowledge quiz?
The JOE Movie Quiz: Week 107
You may also like
2 hours ago
Vaccine portal opens for people aged 35 to 39
18 hours ago
Leo Varadkar sets new target to have 40,000 homes built per year
20 hours ago
20-29 age group to get first Covid-19 vaccine dose in late August or early September
22 hours ago
Taoiseach surprised by WHO plan calling for prevention of women of "childbearing age" from drinking alcohol
23 hours ago
393 new cases of Covid-19 have been reported in Ireland
1 day ago
Met Éireann says temperatures set to hit 20 degrees this weekend
Next Page