Scientology leader claims drop in crime in Ireland is thanks to...Scientology

Ah they're a great bunch of lads

An "85% drop in drug-related crime" has taken place in Ireland according to David Miscavige, great news for all law-abiding citizens out there. The reason for such a huge drop in crime figures however is not down to the police or a government initiative, rather it's down to the following that the lads from Scientology have here in Ireland.

According to The Independent, Miscavige (the de facto worldwide leader of Scientology) has said that Ireland's mission has been hugely successful in playing their part for a drug free world, and that we are a "land of both enduring beauty and beautiful sadness", which is fierce poetic altogether. 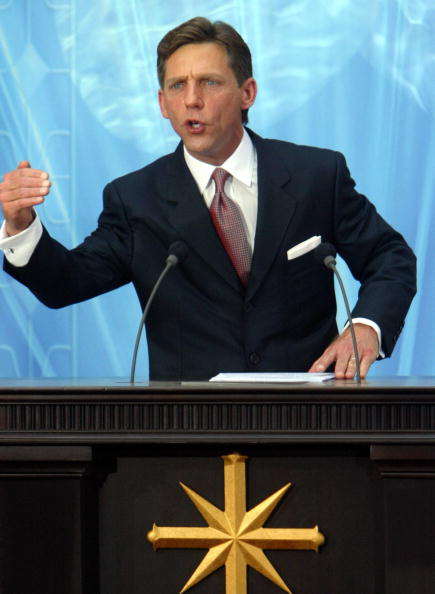 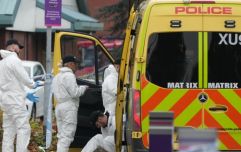 END_OF_DOCUMENT_TOKEN_TO_BE_REPLACED

Miscavige told the New Year's celebration in Florida that The Dublin mission has been all around the historic places in the city and have handed over 100,000 books on Scientology to the Irish people. You can have a look at the video of his speech here, starting at the point where he begins to chat about Ireland, around the two minute mark.

He also claimed that Irish radio station Ocean FM had Scientologists in broadcasting in their studios and showed a clip of it, but the station have since stated that they were amazed by the "bogus video" and that "the studio is NOT that of Ocean FM, and the ‘presenter’ conducting the interview is not known to anyone at Ocean".

Still, that drop in drug-related crime is great news anyway isn't it? We must drop them an email thanking them for all their hard work on that front.

Hat-tip to Pete Griffiths for sending this our way

popular
One of the best Irish movies ever made has just been added to Netflix
The movie described as "Showgirls in a convent" has a tentative Irish release date
One of Keanu Reeves' best movies has just been added to Netflix
A who's who of Irish music pay tribute to the late Mic Christopher in new documentary on his life
QUIZ: Can you get 20/20 in this desperately tricky capital cities quiz?
A woman has died and several injured after fatal Kilkenny crash
New airline to provide low-cost flights from Ireland to Iceland
You may also like
1 month ago
9.2 million illegal cigarettes seized at Dublin Port by detector dog
2 months ago
Men arrested trying to cross New Zealand border with boot full of KFC
2 months ago
Gardaí investigating after woman seriously assaulted by a man in Westmeath
2 months ago
Gardaí investigating tragic death of man aged in his 50s at Cork GP clinic
2 months ago
Gardaí investigating after three people found dead with gunshot wounds in Kerry
3 months ago
Baby from Nirvana's Nevermind album cover sues band for child pornography
Next Page