Students caught talking in the corridor can get detention.

A secondary school in Birmingham will ban pupils from talking to each other between lessons as part of a new 'silent corridor' rule.

According to the BBC, after this rule is implemented, any student that is caught talking in the corridors will face the prospect of detention for breaking the rule.

END_OF_DOCUMENT_TOKEN_TO_BE_REPLACED

From 5 November, students at Ninestiles in Acocks Green, Birmingham, will be expected to walk around their school in silence.

The new rule was made public after a letter was circulated stating the intentions of the school.

The letter said that this new rule "will ensure students arrive calmly and ready to learn, and staff can give out any information they need to swiftly and easily" and that "noise is not permissible" once the school day has started.

According to the Guardian, who obtained a thorough copy of the letter, the school has stressed that “all student movement including to and from assembly, at lesson changeover and towards communal areas at break and lunch” would be carried out in silence.

Pupils are allowed to speak to each other at designated areas during specific break and lunch times; any student that breaks this silent corridor policy will face a 20-minute detention.

Repeated failure to adhere to this new rule will result in an "appropriate escalation of sanctions". 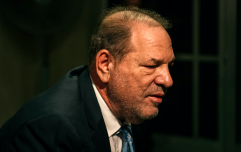 END_OF_DOCUMENT_TOKEN_TO_BE_REPLACED

Acting co-headteachers Alex Hughes and Andrea Stephens released a statement in defence of this policy, which read: “Ninestiles is committed to the highest standards of behaviour and we know that students arriving to lessons ready to learn can be further supported by doing so in silence at certain points in the day.

"This is already an expectation for arrival at exams and during fire drills and, as such, is simply an extension of that code of behaviour. We will review this change at the end of Term 2 and the views of our students, parents and carers will be welcomed as part of that process.”

House of Rugby Ireland · Munster can't beat Leinster, Six Nations squad and John Cooney interview
popular
CONFIRMED: Level 5 restrictions to remain in place until 5 March
Leo Varadkar says if Ireland introduced mandatory hotel quarantine, it would have to do so for a year
QUIZ: Can you name all of these countries just from one of their cities?
Majority of English people 'pleased' or 'not bothered' by prospect of united Ireland
Police called to illegal rave to find pensioners queuing for vaccine
The JOE Movie Quiz: Week 86
Spanish woman mistakenly believed to have died from Covid returns to care home
You may also like
11 months ago
Snail in a chicken and caterpillar in pork chops among 3,460 issues raised by consumers to the FSAI in 2019
11 months ago
Met Éireann issues status yellow rainfall warning for four counties
11 months ago
Army bomb squad called in over suspect device found in North Dublin
11 months ago
Two men arrested in Keane Mulready-Woods murder investigation
11 months ago
Making a Murderer lawyers to host a new true crime podcast about wrongful convictions
11 months ago
Teenage girl dies in fatal road traffic collision in Cork
Next Page