Shock! Horror! Dublin is one of the most expensive cities to live in Europe

Let's be honest, we all knew it was exorbitantly expensive.

If you're currently residing in Dublin or have lived there at any stage over the last few years, you will know that it's not a place to be living if you don't have plenty of disposable income.

To put it into perspective, the price of Freddo bars is triple in Dublin what it is down the country... probably. 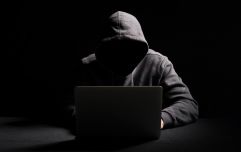 END_OF_DOCUMENT_TOKEN_TO_BE_REPLACED

A new report published by Glassdoor entitled "Which Countries In Europe Offer The Best Standard Of Living", which looked at how expensive it is to live in each country.

According to their website, "Glassdoor Economic Research presents an analysis of how wages differ across Europe and identifies countries in which the cost of living is the most (and the least) favourable."

But in this study brought to our attention by Business Insider, they looked at how much a bundle of goods and services cost in each country and compared them.

Unsurprisingly, Dublin managed to break into the top ten on the list, but unfortunately it's not an achievement we should be celebrating from the rooftops. Far from it...

Dublin ranked in at number eight on the list making it more than twice as expensive as Athens or Lisbon.

The full list of the most expensive cities in Europe: