Harris also spoke about his hopes for the beginning of Phase 2.

Simon Harris has described the pressures of his job during Covid-19 as being "on a different level" during the Covid-19 emergency.

Speaking to Doireann and Eoghan on RTÉ's 2FM on Monday, he spoke about how demanding his job as Minister for Health since the pandemic began to make an impact in Ireland.

END_OF_DOCUMENT_TOKEN_TO_BE_REPLACED

"Look, I am in a busy and challenging job and it is tough and it is challenging but I enjoy it and do it to the best of my ability but it has been so intense these last few weeks and months," Harris said.

"You know I thought being the health minister in Ireland was intense at the best of times, it has just been on a different level.”

He also said that he is hopeful that if Phase 1 goes accordingly and we get to Phase 2 as expected (due to be implemented on 8 June), that the distance limit people are permitted to travel from their home will be extended to 20 kilometres, as is outlined in the government roadmap.

"Now if we get to Phase 2, I am really hopeful that we do, which is two weeks away today on 8 June, we are hoping that five kilometres would increase to 20 kilometres," Harris added.

"The encouraging thing about the path we are now on is that we hope to be making a bit of progress every couple of weeks where we hope to move onto the next phase.

"So, that five kilometres will hopefully go to 20 kilometres at the start of June."

Harris was responding to a question about people looking to drive outside of their restricted area in practice for their driving test. 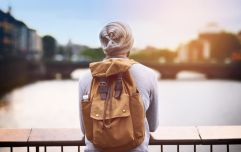 END_OF_DOCUMENT_TOKEN_TO_BE_REPLACED

As it stands, Harris said, this is not an option.

If all goes to plan, Phase 2 will also allow visits to other households (for up to four people for a short period of time), as well as the opening of small retail outlets.

You can listen to the conversation in full here.

popular
Dr Ronan Glynn says six more weeks of strict restrictions needed to prevent fourth wave
Taoiseach Micheál Martin says hotels across Ireland could reopen by June
WATCH: Army Of The Dead gives us smarter, faster zombies (and also a zombie tiger)
Steven Avery's lawyer says nephew Bobby Dassey planted evidence in case
Beware of the very clever WhatsApp hack that is locking Irish users out of their accounts
The 50 most iconic songs of all time* have been revealed
US to pause use of Johnson & Johnson Covid-19 vaccine "out of an abundance of caution"
You may also like
9 hours ago
Staff shouldn't be pressured to return to workplaces, says Leo Varadkar
20 hours ago
NIAC recommends AstraZeneca vaccine should only be given to people 60 and over in Ireland
23 hours ago
No new deaths related to Covid-19 reported in Ireland, 394 new cases
1 day ago
Despite massive impact on sector in 2020, beer remains Ireland's favourite alcoholic drink
1 day ago
Carlow, Mayo and Roscommon have the lowest percentage of people staying within 10km of home
1 day ago
New Zealand border staff informed they must get Covid-19 vaccine or they will be redeployed
Next Page