He even purchased a block of gold

A court in Sydney has heard how the young couple were submitting a payment for a house when they entered the wrong number on the transfer. 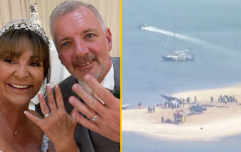 British newlyweds die in helicopter crash on holiday in Australia

END_OF_DOCUMENT_TOKEN_TO_BE_REPLACED

Yes, spending money that's not yours is illegal almost everywhere in the world.

Appearing at Burwood Local Court on Wednesday (November 2), Abdel Ghadia pleaded guilty to two counts of dealing with the proceeds of crime, having spent large portions of the money on everything from clothes and makeup to gold bullion and foreign exchange.

Court documents show that the Sydney couple were attempting to buy a new home in October 2020, and were nearing the final stages of the process by June the next year – at which point their broker told them to transfer $759,314 to a nominated Commonwealth Bank account to finalise the purchase.

However, the conveyancer came back to them to say that the bank wasn’t able to find the money, which never made it to the specified account.

'I had no idea how it got there'

The young lad, also an aspiring rapper - who had been earning $4,800 a month at a clothes warehouse - was apprehended and questioned by police in October 2021, telling officers he ‘just woke up and saw the money'.

“The money just dropped into my account and I spent it,” Ghadia said. “I had no idea how it got there, and I told the bank, but I did go and spend it.” 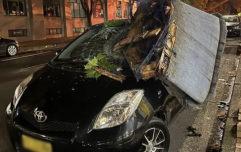 END_OF_DOCUMENT_TOKEN_TO_BE_REPLACED

At least he didn't lie, after waking up to find the cash in his account, Ghadia decided to go on a wild shopping spree, starting off at the ABC Bullion store, where he spent a total of $598,188 on gold bars ranging in weight from 10oz to 1kg, with the purchases stretched out over six visits in June 2021.

A man of luxury?

According to the Fairfield Advance, court documents have revealed that the gold Ghadia bought has still not been located by police.

Ghadia ‘wanted to give gold’ to someone he ‘loved’ - which he admitted to police upon his arrest – so he delved into the international money market to buy $14,490 in foreign exchange.

Between June and July that year, he also withdrew $13,600 in cash from ATMs across Sydney before finally splashing out $6,235 on clothes from Uniqlo and JD Sports and makeup from MECCA at Westfield Parramatta.

In September, he pleaded guilty but had six other charges withdrawn by the DDP. He is due to return to court in December to be sentenced.

popular
5 years ago, Hollywood took a massive gamble on a huge sequel... and lost big time
Netflix has just added 12 very big movies to their library
One of the most underrated crime thrillers of recent years is among the movies on TV tonight
Netflix backtracks on anti-password sharing measures following user outcry
The 50 most iconic songs of all time* have been revealed
Tom Hardy set to play Hannibal Lecter-type serial killer in new series
Spielberg's best movie is among the movies on TV tonight
You may also like
3 weeks ago
Man in intimate relationship with $3,000 doll says his partner doesn't understand
2 months ago
World Cup 2022: All the major action and talking points from Day Three
6 months ago
Australian senator brands Queen Elizabeth a coloniser as she's sworn in
6 months ago
Mary Lou McDonald tells Irish in Australia they have been "robbed of a life in Ireland"
6 months ago
5,000 jobs in Australia for Irish workers on offer at job fair next week
7 months ago
The JOE Friday Pub Quiz: Week 298
Next Page