Poor St George, we hope they got their money back...

You'd think that on the back of the recent, and well-publicised restoration fails, extra care would be taken to make sure the correct person to do the job is selected.

But of course, it wasn't, or this wouldn't be a story.

END_OF_DOCUMENT_TOKEN_TO_BE_REPLACED

For 500 years in the small town of Estella in the north of Spain, the painted wooden effigy of St George has adorned the door of the local chapel.

In recent years, the condition of the effigy has deteriorated to the point where a restoration effort became necessary. 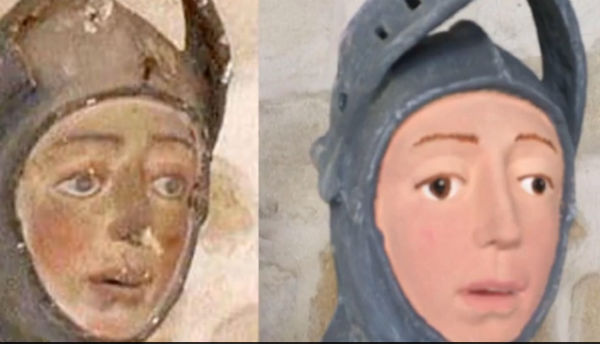 END_OF_DOCUMENT_TOKEN_TO_BE_REPLACED

An attempt to freshen up the 16th-century statue has left St George with a rosy pink face and a bold, red-and-grey suit of armour.

"Today, Estella isn’t in the news because of its spectacular historical, artistic, architectural or cultural heritage," he tweeted on Monday, above a picture from the local paper headlined: "Navarre’s own Ecce Homo."

The restoration attempt is believed to have been performed by a local crafts teacher and has drawn comparisons to  infamous "Ecce Homo Monkey Christ."

END_OF_DOCUMENT_TOKEN_TO_BE_REPLACED

In 2012, an amateur art restorer in Borja, Spain, fixed her efforts on a fresco of Jesus Christ called "Ecce Homo". But unfortunately, 81-year-old Cecilia Giménez’s "fix" rendered the face of Jesus completely unrecognisable. Ecce Homo became a global joke, and was compared to a blurry potato and a monkey. 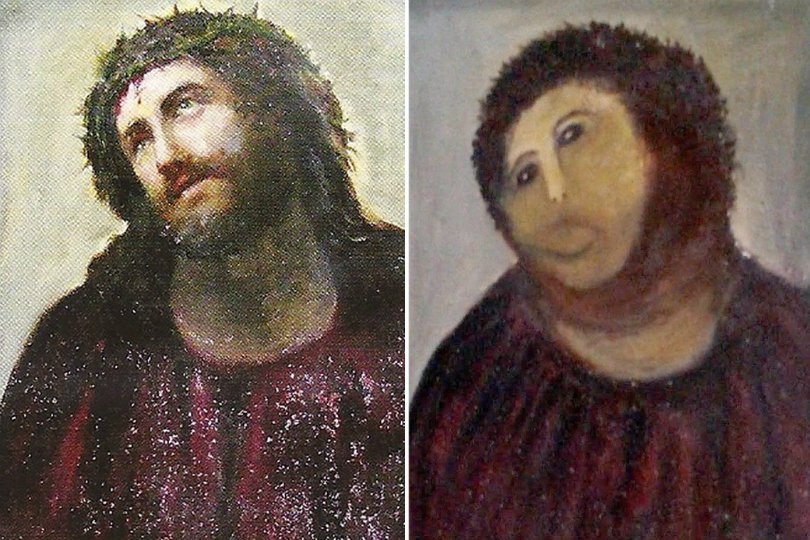 popular
Travis Barker rushed to hospital after tweeting "God save me"
Amazon Prime Video has just quietly added 15 big movies to its library
Calls for €20 social welfare increase and minimum wage of €13 in new Budget
The 100 best clubs in the world have been revealed
Irish man dies following hit-and-run in London
Flavoured vaping products could be soon be banned in EU
007 producers provide new update on Bond 26
You may also like
2 hours ago
Airline to launch world-first economy bunk beds for long-haul flights
2 days ago
Kendrick Lamar closes Glastonbury with blood-soaked plea for women's rights
4 days ago
Right to abortion overturned by US Supreme Court after nearly 50 years
5 days ago
Boris Johnson says he will 'keep going' after historic by-election defeats
5 days ago
WATCH: J.K Rowling tricked by Russians impersonating Zelensky on Zoom call
5 days ago
Irish woman saves rape victim from hostage situation in New York
Next Page