Supermac's to introduce paper straws in all 116 outlets

Supermac’s has announced that it is to remove all plastic straws from its outlets and replace them with paper ones.

Managing Director Pat McDonagh said the move is part of a "Glan agus Glas" campaign to eliminate single-use plastics, and paper straws will be available in all 116 outlets.

"We recognise the strain that single use plastics are having on our environment and that every little bit counts," he said. 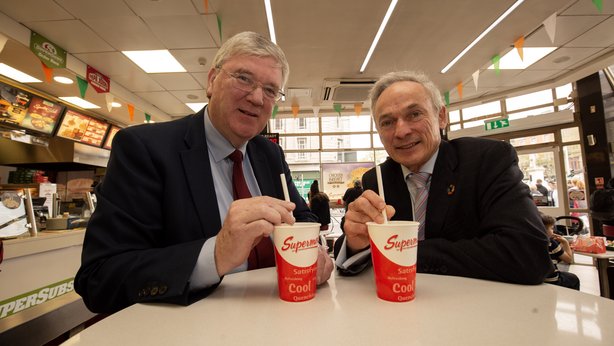 Claire Byrne Live to come to an end after seven years

END_OF_DOCUMENT_TOKEN_TO_BE_REPLACED

"We have already begun the removal of plastic straws form our 116 outlets and have started to replace them with paper ones.

"We have several other initiatives that we will be rolling out in the coming year as well," he added.

END_OF_DOCUMENT_TOKEN_TO_BE_REPLACED

Speaking on the announcement, Minister for Communications, Climate Action and the Environment, Richard Bruton stated: "Today’s decision will be welcomed by customers, will reduce the amount of disposable plastic from our system and send an important signal down the supply chain.”