"It was 'Brits out', everything would be solved".

Taoiseach Micheál Martin has revealed that as a child he had a "Brits out" view of The Troubles, before a trip to Belfast changed his perspective.

Speaking on Claire Byrne Live on Monday night, the Taoiseach said: "I grew up as a child listening daily to bombs and bullets and watching it on television. I never thought the violence would end.

END_OF_DOCUMENT_TOKEN_TO_BE_REPLACED

"I joined politics because of Northern Ireland, even though I lived in Cork. I was that passionate about it.

"I had early simplistic views about the North when I grew up. It was 'Brits out', everything would be solved".

However, The Taoiseach said a Belfast trip he made when he was 21 and a member of Ógra Fianna Fáil during the 1981 hunger strike led him to have his mindset changed.

He told the show: "I learned, I went up as a young student to meet every single party. I met loyalists, I met the UDA, I met Sinn Fein, I met SDLP.

"I went into Unionists' homes and it was when they said to me: 'Our uncle is murdered because he wears a uniform - doesn't change the fact that he's my uncle.'

"I went down to Cork after being in Belfast with all those meetings, with a changed perspective."

The Taoiseach was speaking as part of a Claire Byrne Live episode which asked: Is it time for a United Ireland?

END_OF_DOCUMENT_TOKEN_TO_BE_REPLACED

On this question, Martin said that while he would love to see the unity of the Irish people, he was against having an immediate border poll.

Instead, he called for a similar approach to how the Good Friday Agreement came into fruition.

He said: "Good Friday didn't happen in the twinkle of an eye with one referendum.

"Years of work went into it to get people to move position on so many different issues.

"We've got to evolve this. We've got to really build relationships with people to make the future happen". 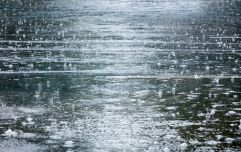 END_OF_DOCUMENT_TOKEN_TO_BE_REPLACED

Tánaiste Leo Varadkar echoed these statements, stating that before setting a date for a border poll that "we have to make the Good Friday Agreement work".

He also stressed the importance of reaching out to Unionists on the topic of reunification and starting conversations in the Republic about what would need to change to accomodate one million people on the island who identify as British.

On this, he added: "Say for example, the title 'Tánaiste' or the title 'Taoiseach', these are titles of Gaelic chieftains.

"Is that really appropriate in a reunified island where a million people are British?"

The Big Reviewski || JOE · Mortal Kombat director Simon McQuoid and new Sub-Zero star Joe Taslim on fatalities and fight scenes
popular
The JOE Friday Pub Quiz: Week 242
Here are the best movies on TV this evening
Kate O'Connell lays into Fine Gael in explosive Claire Byrne interview
"Giant" piece of Chinese rocket set to hit Earth this weekend
Family surprised as Daniel O'Donnell sings at mother's funeral
COMPETITION: Win a star-gazing camping adventure to the stunning Aran Islands for you and your housemate
The 50 most iconic songs of all time* have been revealed
You may also like
7 hours ago
Kate O'Connell lays into Fine Gael in explosive Claire Byrne interview
8 hours ago
Penneys shopping by appointment booking portal is now live
9 hours ago
Sudocrem to close Dublin plant and move production to Bulgaria
12 hours ago
Sunday Independent terminates columnist's contract after discovering fake Twitter account
23 hours ago
Seven cases of the Indian variant of Covid-19 detected in Northern Ireland
1 day ago
Work begins to pedestrianise Dublin City Centre streets to facilitate outdoor dining
Next Page