Taxi goes into the harbour in Passage East in Waterford

At least the tide was out...

Posted on Reddit by Redditor ferdbags this picture, snapped in Passage East in Waterford yesterday, shows an unfortunate incident that befell a taxi driver in the town. 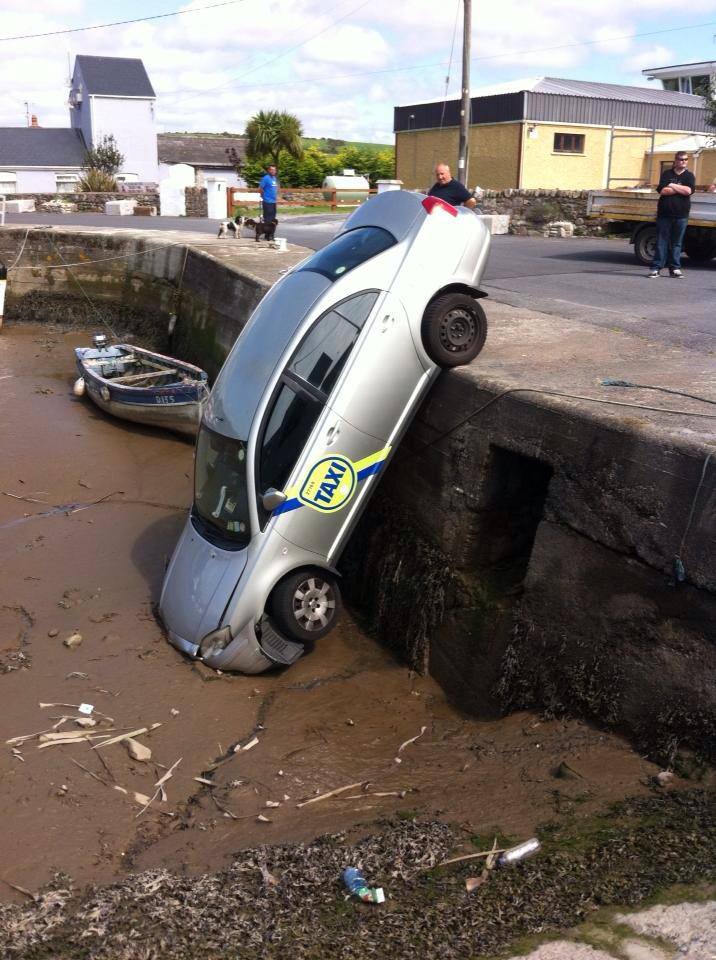 Luckily, nobody was hurt as the car was empty at the time. And, as RTE’s south-eastern correspondent Damien Tiernan reports, the car was fine afterwards too.

Car started at first go after that; fair play to Toyota

popular
Amazon Prime Video has just added 21 big movies to its library
The 50 most iconic songs of all time* have been revealed
One of the best crime thrillers ever is among the movies on TV tonight
Here is a list of every Bank Holiday in Ireland in 2023
5 years ago, Hollywood took a massive gamble on a huge sequel... and lost big time
Nicola Bulley's phone found by the river 'could be a decoy', diving expert suggests
Katherine Ryan had plenty to say about Leonardo DiCaprio's dating life
You may also like
4 years ago
PIC: This is why you should always answer your phone when an Irish Mammy rings
5 years ago
PIC: Enda Kenny. On a Dublin Bike. In a vintage Mayo tracksuit. And a backwards cap. That is all.
6 years ago
PIC: You can almost feel this man's pain after his mates forcibly slapped his back
8 years ago
Pic: WWE fan gets GIANT portrait of The Rock tattooed on their leg
8 years ago
Pic: Steven Gerrard posts a picture of the Liverpool team on the beer in New York
8 years ago
Pic: Triple H welcomes Irish man Fergal Devitt to the WWE
Next Page