The teenager used what are believed to be bogus names to claim the payments.

A man in his late teens in Mullingar has been arrested for fraudulently claiming six separate Covid-19 unemployment payments.

Gardaí attached to the Garda National Economic Crime Bureau (GNECB), with assistance from Gardaí on secondment at the Department of Employment Affairs and Social Protection (DEASP), arrested the man following a search of a house in Mullingar on Thursday (21 May). 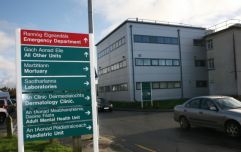 END_OF_DOCUMENT_TOKEN_TO_BE_REPLACED

The search was conducted on foot of intelligence received from DEASP in relation to the fraudulent payments and it emerged that the suspected offender was receiving six separate Covid-19 Pandemic Unemployment Payments into a bank account, in what are believed to be bogus names.

The payment, which has been in existence since March, is a social welfare payment of €350 per week for employees and self-employed people who have lost all their employment due to the Covid-19 public health emergency.

On Monday, the DEASP revealed that it had this week processed payments for 585,000 people out of 658,000 unique claims made in total.

During the course of the search operation in Mullingar, a sum of cash and counterfeit cash was seized.

The man was arrested at the scene and taken to Mullingar Garda Station, where he is currently detained under Section 4 of the Criminal Justice Act, 1984.