No, no, you didn't read that wrong.

If you've been online at all today then chances are you have stumbled across a video which has been trending on Twitter showing British comedian James Corden gyrating in a rat suit - and if you haven't, then we're sorry for bringing it to your attention.

The host of US late-night talk show, The Late Late Show With James Corden, took to the streets of Los Angeles on Saturday to perform a dance cover of Jennifer Lopez's 'Let's Get Loud' to promote Disney's upcoming Cinderella Movie which will be released on 3 September. 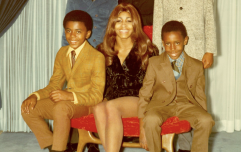 END_OF_DOCUMENT_TOKEN_TO_BE_REPLACED

While many people have taken to Twitter to express their...confusion, over the flashmob, one good thing did come out of it, some Grade A standard memes.

So, buckle up and rub your eyes because no this is not a fever dream, we have compiled a list of ten of the best James Corden dressed as a rodent memes to keep you entertained this Sunday evening.

Your husband just sliced the tip of his thumb off making dinner and it won’t stop bleeding. You’re rushing to the emergency room and this happens. Wyd https://t.co/MU72F5fzkY

2. And just like that, we no longer want any more restrictions to ease next month...

we need to stop messing around and have another lockdown. the risk is simply too high of getting caught in a james corden flash mob

3. We would like to say the same about any major Irish city

Say what you like about London but if James Corden did a dancing flash mob in a ratsuit on Camden Road people would know what to do.

4. Stop the furry on furry crime

paddington bear has vowed to kill james corden on sight

5. You know what? Maybe Thanos wasn't such a bad guy after all

Say what you will about Thanos destroying half of all life in the universe, at least he never appeared in a furry musical flash mob with James Corden.

if james corden every tried that shit in front of MY car he better be ready to see a guy politely smile + clap even though he didnt really like the performance but can tell it meant a lot to the people doing it and it doesnt cost anything to be nice. i dont PLAY motherfucker 🔫

The year is 2021. You've just survived a global pandemic that has forever shaped the future of the human race. You drive home from your poorly paid job as you continue to question your existence. At the traffic lights James Corden is dressed as a mouse and dances at you. Why.

9. Okay, but this might just be the most original excuse to be late for work ever

despite seeing that james corden dancing in a rat suit video posted hundreds of times today, i have not pressed play once, thus ensuring my entrance to heaven

popular
Amazon Prime Video has just added 21 big movies to its library
Shock as blues singer beats Adele, Beyonce and Taylor Swift to win Song of the Year Grammy
One of the most underrated crime thrillers of recent years is among the movies on TV tonight
Ben Affleck's bored expression at the Grammys becomes a meme
5 years ago, Hollywood took a massive gamble on a huge sequel... and lost big time
One of the best crime thrillers ever is among the movies on TV tonight
QUIZ: JOE's Big News Of The Day Quiz #41
You may also like
3 days ago
The JOE Friday Pub Quiz: Week 332
6 days ago
Actor to play Michael Jackson in new biopic has been revealed
1 week ago
DJ accidentally shoots herself in the face with a confetti cannon while performing
1 week ago
Jameson offering free tickets for intimate secret gig to launch new Early House
3 weeks ago
The Last Of Us Episode One features an absolutely perfect needle drop
3 weeks ago
The JOE Friday Pub Quiz: Week 329
Next Page