Three arrested after shots fired at a house in Kildare

The incident occurred on Monday night.

Three men have been arrested after shots were fired at a house in Kildare on Monday night.

Gardaí arrested the three men following shots being fired at a house in the White Castle Lawns area of Athy.

At approximately 10.15pm, the sole occupant of the house, a man in his late 40s, heard a loud bang and discovered damage to his front door.

Gardaí attended the scene and discovered bullet casings. A technical examination of the scene has been carried out.

No injuries were sustained as a result of this incident.

Three men, two aged in their 20s and one in his late teens, were arrested as a result. 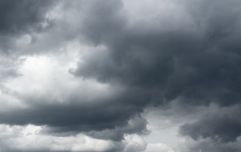 A weather advisory is in effect in Ireland until Saturday afternoon

END_OF_DOCUMENT_TOKEN_TO_BE_REPLACED

All three are detained under Section 30 of the Offences Against the State Act 1939 at Garda stations in Co. Kildare.

Gardaí are appealing for anyone with information to contact them at Kildare Garda Station on 045 527730 or the Garda Confidential Line on 1800 666 111.


popular
THE JOE FRIDAY PUB QUIZ
QUIZ: Pat Gibson's questions on Who Wants to Be a Millionaire
A weather advisory is in effect in Ireland until Saturday afternoon
QUIZ: Name the counties where these Irish towns are located
QUIZ: Can you get 10/10 in this Irish sayings quiz?
Pubs can reopen for table service only from 29 June
Here's Week 35 of JOE's 19 in 90 quiz
You may also like
4 hours ago
IKEA announces it will reopen in Ireland on Monday
4 hours ago
7 more people with Covid-19 have died, 28 new cases
6 hours ago
Pubs can reopen for table service only from 29 June
7 hours ago
Leo Varadkar confirms acceleration of government roadmap and reduction in phases from five to four
15 hours ago
Hail and thunder showers on the way but temperatures expected to rise to “low 20s” next week
1 day ago
Dr Tony Holohan: No gaff parties, we're in a pandemic
Next Page