Big news for students of the college in Dublin city centre.

A massive new student accommodation block for students of Trinity College Dublin has been approved, with room for 250 units planned for Pearse Street.

The Irish Times reports that Dublin City Council has given its approval for the €50m development, which will be built on the site of the existing five-storey Oisín House. 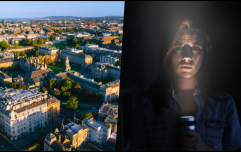 END_OF_DOCUMENT_TOKEN_TO_BE_REPLACED

In its place will be built a six-storey, 12,110 sq metre building in a scaled down version of a plan refused by An Bord Pleanála in the summer.

The plan stated that the, "design and concept of the proposal has been previously approved by the City Council and with the reduction in height, mass and bulk and associated alterations to the roof profile will allow the new building to successfully integrate and be a more accepted edition to the built environment."

It added that, “the new building is therefore unlikely to have a negative visual impact on the streetscape or on historic buildings within the campus and on the adjoining Printing House in particular.

“Further, the Planning Authority are satisfied with the high quality design and innovation of the scheme and recognise that the Design Team are responsible for designing 2 other statement buildings within the college campus, including Trinity Long Room Hub (award winning) and the library extension fronting Nassau Street.” 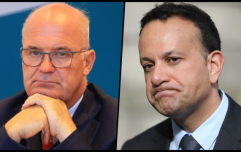 "Nobody in Government is happy" about Tony Holohan situation, says Varadkar

END_OF_DOCUMENT_TOKEN_TO_BE_REPLACED

The report concludes: “Overall, it is not considered that the proposed development will have an undue negative visual impact on the setting of the protected structure or on the Conservation Area, and subject to condition, would be in accordance with the proper planning and sustainable development of the area.”

The initial plan, opposed by An Taisce and rejected in July, had called for a seven-storey, 13,800-sq scheme with room for 278 units.

popular
Man hasn't put arm down for 10 years - and this isn't even a world record
Jeffrey Dahmer’s dad thinks he knows what’s to blame for son becoming a serial killer
QUIZ: Test your knowledge with this Ultimate Friends Character Quiz
€600 energy credits and free schoolbooks for children set to be announced in Budget 2023
House Of The Dragon is already better than Game Of Thrones
The JOE Friday Pub Quiz: Week 313
QUIZ: Name the country for each of these non-capital cities
You may also like
5 months ago
Tony Holohan says he will not return to role of Chief Medical Officer
1 year ago
Trinity College's hottest fox couple welcome new cubs to their family
2 years ago
Second case of coronavirus confirmed at Trinity College
2 years ago
All Trinity College lectures to be held online for the remainder of this semester
2 years ago
Case of coronavirus confirmed in Trinity College Dublin
3 years ago
Trinity College falls 44 places in World University Rankings
Next Page