Trump is asked for his opinion on Brexit, and his answer is 100% solid gold Trump

Day One of his UK visit. So far so good.

We'll let Trump do the talking, because it truly is a sight to behold.

Things Trump talks about when asked for his opinion on Brexit: 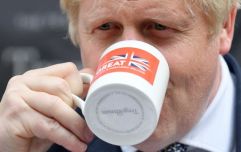 END_OF_DOCUMENT_TOKEN_TO_BE_REPLACED

1. He opens with something that seems somewhat correct, saying he's been reading a lot on Brexit in the last few days, and that it seems to be "turning a little bit" for the UK to get back involved with the EU.

3. He informs the reporters that he owns a lot of property there.

4. Tells the reporters he's going to Scotland for two days ("One of my favourite places.") while he waits for a meeting. 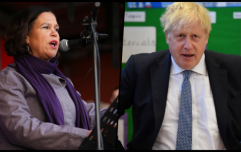 END_OF_DOCUMENT_TOKEN_TO_BE_REPLACED

6. Tells the reporters that his mother was born in Scotland, and that he has great friendships over there.

7. Compliments to his ambassador to the UK, Woody Johnson. 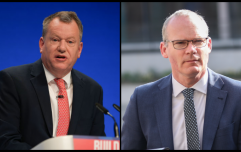 END_OF_DOCUMENT_TOKEN_TO_BE_REPLACED

9. He wants it to work out quickly so it can be over.

10. A reporter asks if he wants a Hard Brexit, which Trump mishears as "Heartbreaking", and then he talks about how it isn't heartbreaking.

11. "I would say that Brexit is Brexit" - this is, fundamentally, accurate. So he's right there.

12. He starts a sentence by saying "The people voted to break it up", and then ends that same sentence with "I don't know if that is what they voted for".

13. Talks about the potential for protests, which then somehow winds up being about Trump winning a state in the election that Reagan failed to win.

14. Refers to Ireland as part of the UK, which we went into here.

And, finally, 15. He believes Brexit happened because of immigration.

Which then barrelled on to another question about immigration, in which Trump said visiting the UK would be more difficult to visiting Putin.

He also says he believes Brexit happened because of immigration pic.twitter.com/3W1RIxT7p1