A number of weapons, including Stanley knives and a hatchet, have been seized by police.

Two people have been arrested following a "disturbance" at a funeral in Tyrone.

The funeral was taking place in Strabane on Thursday morning (27 February) when the disturbance took place. 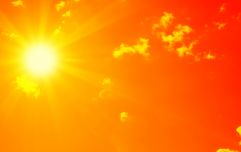 END_OF_DOCUMENT_TOKEN_TO_BE_REPLACED

Two males, aged 32 and 17 respectively, have been arrested as a result of the incident.

A number of weapons including Stanley knives and a hatched were seized.

However, no serious injuries were reported.

Following the emergence of a video on social media, the PSNI said: "We are aware of suggestions online that shots had been fired at the church on the Melmount Road, however, there was a proactive police operation in place at the location and no evidence of shots having been fired were noted."