The arrests were made following a search of homes in Galway.

Gardaí have arrested two men and seized two vehicles in relation to eight burglaries at businesses in the Limerick and Tipperary area.

All robberies are reported to have taken place in the early hours of Wednesday morning (15 January). 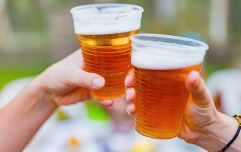 END_OF_DOCUMENT_TOKEN_TO_BE_REPLACED

As part of the investigation, an operation was put in place by detectives in Henry Street Garda station in Limerick, with the assistance of the Armed Support Unit in the western region, as well as Gardaí from Tipperary, Limerick and Galway.

As part of the operation, three houses were searched this morning (Saturday 18 January) in Galway, and two men in their 20s were arrested.

They have been brought to Henry Street and Roxboro Road Garda stations in Limerick, where they are currently detained under Section 50 of the Criminal Justice Act, 2007.

During the search operation, two vehicles were also seized for technical examination.

The Big Reviewski || JOE · TBR Spotlight: Loki Episode One - 'Glorious Purpose'
popular
Matt LeBlanc has seen the memes of him as every Irish auld lad and very much enjoyed them
The 50 most iconic songs of all time* have been revealed
QUIZ: You won't be able to guess all these brands from their slogans
People think they've figured out the ranking of the viewers on your Instagram Stories
QUIZ: Take on this tasty challenge of your General Knowledge skills
PICS: The man with the biggest penis in the world has one unbelievable problem with it
Taking a look at the missing end credits on the first episode of Loki
You may also like
1 week ago
Galway Lotto player becomes third jackpot winner in two weeks after €2,475,303 win
2 weeks ago
Galway pier to temporarily close "in the interest of public safety" after large gatherings
1 month ago
Man in his 30s killed in single-vehicle collision in Galway
1 month ago
Two men arrested after taxi stolen and driver attacked in Galway
2 months ago
First-time buyers in Galway: This virtual First-Time Buyers Masterclass will kickstart your mortgage
3 months ago
NUIG students told to write 2,000 word essay for breaching Covid rules
Next Page