Two men have died following a diving incident in Tipperary

Two men have died following a diving incident in Tipperary.

Gardaí attended an incident in Portroe, Tipperary where it is believed that the two males drowned. 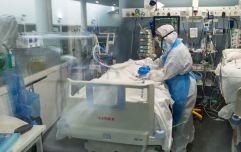 END_OF_DOCUMENT_TOKEN_TO_BE_REPLACED

The males, whose ages have not yet been confirmed, are believed to have been diving when they got into trouble at approximately 1.30pm on Sunday.

The bodies of both men have been removed to Limerick University Hospital where a post-mortem is due to take place.

Gardaí have said that the incident is being treated as a tragic accident.