"The British media certainly doesn't understand Ireland at all."

"Ireland will blink" and "Leo Varadkar is not very bright" are two of the prevailing thoughts from the British establishment in relation to Brexit according to David Yelland.

Yelland, a former editor of The Sun newspaper, was a guest on Ireland Unfiltered with Dion Fanning this week and spoke about the position of the British establishment with regard to Ireland and its role in the Brexit process. 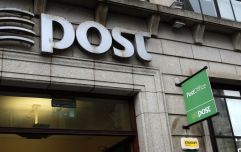 END_OF_DOCUMENT_TOKEN_TO_BE_REPLACED

UK Prime Minister Boris Johnson has been keen to label the backstop as "undemocratic" and vowed to scrap it and negotiate a new and better deal with the European Union.

Johnson's high-handed approach has proved popular with Brexiteers but not so much with leaders from other countries.

The political moves from the UK were met with criticism from Irish shores as Taoiseach Leo Varadkar labelled Johnson's pledge as "not in the real world."

Yelland, who campaigned to remain, said Johnson's view is shared by many in the UK who believe that "Ireland will blink" over the backstop and that he'd heard as much from several Tories of influence.

"I sat next to two Tories recently who, when I asked about what the Irish are going to do, their response is, 'Well Varadkar is not very bright,'" Yelland said.

"Now that is incorrect. But it is accepted. When I talk about these senior Tories, the people I'm talking about are people in and around Downing Street. But also the Brexit media. They all believe the same thing. 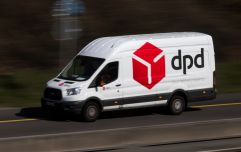 END_OF_DOCUMENT_TOKEN_TO_BE_REPLACED

Yelland outlined how the Conservative media will influence that train of thought and place the blame for the UK's failures squarely at the feet of the Irish.

"The media here will blame the Irish and not Boris Johnson, they'll blame Varadkar," he said.

"It's not that they don't think of Ireland as an independent country although there is an element of that, they just don't think about it all. Ireland doesn't feature.

"I spent a bit of time on this subject and got to know a few people around it and if you talk to the Irish ambassador here in London he will tell you stories of talking to senior journalists about foreign policy and he's had to say to them, 'You do realise we are an independent country, we have our own foreign policy.'

"I don't know whether it's so much anti-Irish, there is clearly an element of anti-Irish, as just sheer ignorance," Yelland said.