Video: A young Conor McGregor predicts his future success in this rousing promo

If there was ever a man destined for success

As promos go, this clip from 2008 that features a 19 year old Conor McGregor telling the world that his dream is to be a UFC champion, is right up there with the best.

'The Notorious' is barely recognisable without his trademark beard but he still displays plenty of his trademark confidence as the video flicks between then and now. 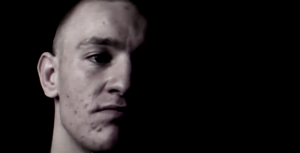 In the run up to the biggest fight of his career, a youthful Conor tells the camera; "I am the future".