A RNLI lifeboat crew and Coast Guard helicopter saved a man from the icy cold waters of Donegal yesterday and the dramatic scenes were all caught on camera.

According to the RNLI on YouTube, the man in question was found clinging to a lobster pot buoy off Tullagh beach in Clonmany, County Donegal (below), at around 1.50pm yesterday afternoon. 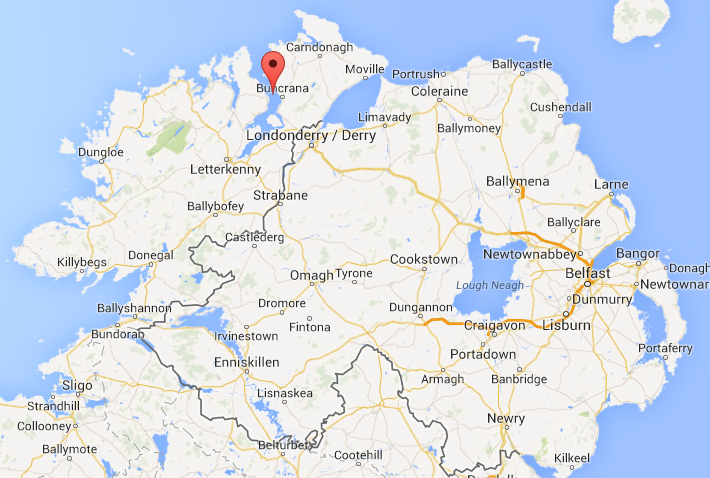 END_OF_DOCUMENT_TOKEN_TO_BE_REPLACED

The alarm was raised after a mother and her son, who were out tending sheep near Tullagh beach, heard cries for help and saw a man out at sea clinging to a lobster buoy.

The man was hauled aboard a local fishing vessel minutes before being transported over to the RNLI boat and he was taken ashore and flown to hospital by the Coast Guard helicopter.

The man is currently being treated in hospital for non-life threatening injuries...

popular
Ireland could see more cost of living "challenges" if war in Ukraine continues, says Taoiseach
A fun '90s action flick is among the movies on TV tonight
QUIZ: Can you name whether all these Irish towns are west or east of the River Shannon?
Ticket prices for concerts set to rise due to inflation
Tax energy companies' profits to help with cost of living crisis, says think-tank
HSE establishes team to monitor monkeypox as virus cases more than double in UK
You may also like
2 weeks ago
Teenage girl in serious condition following crash in Donegal
1 month ago
Man in his 20s killed following road crash in Donegal
1 month ago
Woman in her 80s dies following house fire in Donegal
2 months ago
Donegal priest gives surreal sermon on communion supplies lorry that damaged Russian Embassy gates
2 months ago
Pedestrian in her 50s dies following two-vehicle collision in Donegal
3 months ago
Gardaí renew appeal over 2008 murder of 27-year-old Donegal man Andrew Burns
Next Page