Video: These baggage handlers on a Ryanair flight in Bergamo didn’t exactly take a handle with care approach

You wouldn’t be too happy if it was your bags being flung around in such a haphazard manner that’s for sure.

We might be in the minority here, but once we arrive at the airport and offload our bags at the check-in desk, we tend not to think too much about them again until arriving at our destination and hoping that our piece of luggage is the first to show up on the carousel. 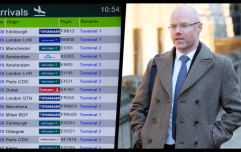 END_OF_DOCUMENT_TOKEN_TO_BE_REPLACED

That might change in the future, however, after seeing the way that baggage handlers treated passengers’ luggage while loading it onto a Ryanair flight at Bergamo Airport (see video above, uploaded to YouTube by Nerijus Laurinaitis on Wednesday).

Now, we’ve never been to baggage handling school but we can’t imagine that this is the type of practise one is supposed to follow.

After the footage began to gain more exposure this week, a number of Italian news outlets reported that the company responsible for the management of the airport has issued an apology to customers and agreed to offer refunds to passengers for any damage caused to their possessions.

It should be stressed that the people implicated in the video are not employed by Ryanair and after being contacted for a statement on the content of the footage above, a spokesperson for the airline said: “The handling of these bags by our handling agents in Bergamo is clearly in breach of Ryanair bag handling guidelines and will not be tolerated.

“Ryanair has instructed the Bergamo Airport authority that we want these two individuals removed from handling Ryanair flights and we have received assurances that this cavalier treatment of our customers’ bags will not be repeated.”

popular
Landscapers is the ultimate true-crime murder mystery show
Carlow woman banned from keeping animals for life after starving dogs to death
Government advising schools and third level institutions to close in counties with orange or red weather warnings ahead of Storm Barra
"Danger to life" risk with Storm Barra "weather bomb", warns Met Éireann
Man dies after being attacked by newly calved cow in Mayo
Daniel Craig's best pre-James Bond film is among the movies on TV tonight
The JOE Movie Quiz: Week 131
You may also like
5 days ago
Ryanair condemns new Covid test rules for arrivals in Ireland as "gobbledygook"
1 week ago
Is comhartha é tvuít Ryanair faoi "comharthaíocht suáilce" don dearcadh atá ag an tír faoin teanga
1 week ago
Ryanair's "virtue signalling" claims are indicative of Ireland's view on the Irish language
1 week ago
Ryanair launches 'Buy One, Get One Free' flights sale in time for Black Friday
1 month ago
Ryanair is seeking applicants for "the worst job in Ireland"
1 month ago
Ryanair won’t allow passengers who got certain Covid refunds to board new flights
Next Page