VIDEO: An Irishman has set up an appeal for the children of war-torn Aleppo

As hard as they are to look at, we've all seen the images.

#ALittleforAleppo will not break you, far from it, but it could make a massive difference to a completely shattered people.

END_OF_DOCUMENT_TOKEN_TO_BE_REPLACED

Over 40% of the children left in what remains of Aleppo are now orphans in a war zone that doesn't bear thinking about.

Last night I tucked my baby boy into bed, gave him Peppa and panda, caressed his soft, sticky cheek, put my finger in his tiny hand and told him I loved him and that I'd see him later, in the morning. He's lucky, we both are.

Luck is something alien to the orphans of Aleppo.

But there is hope, even if it is just a glimmer.

With over 50 orphans in its care and with room for up to 100 more, Moumayazoun (Outstanding guys) orphanage is the ONLY orphanage in Aleppo.

Rising temperatures may be cause of increase in dangerous fungal infections

END_OF_DOCUMENT_TOKEN_TO_BE_REPLACED

The underground orphanage first came to my attention when I read Emma Graham-Harrison's piece in The Guardian about the subterranean refuge run by former trader Asmar Halabi and his wife, who have devoted their lives to giving Aleppo's most vulnerable a safe haven in a side of a city where hardly anywhere is safe.

Imagine trying to live out a childhood in Aleppo.

END_OF_DOCUMENT_TOKEN_TO_BE_REPLACED

Imagine trying to live out a childhood in Aleppo with no parents.

Imagine trying to live out a childhood in Aleppo "afraid of bombing day and night".

As (some of) the children of Aleppo return to school it seems that all the world can offer is despair and disbelief, but you don't have to feel helpless or hopeless. 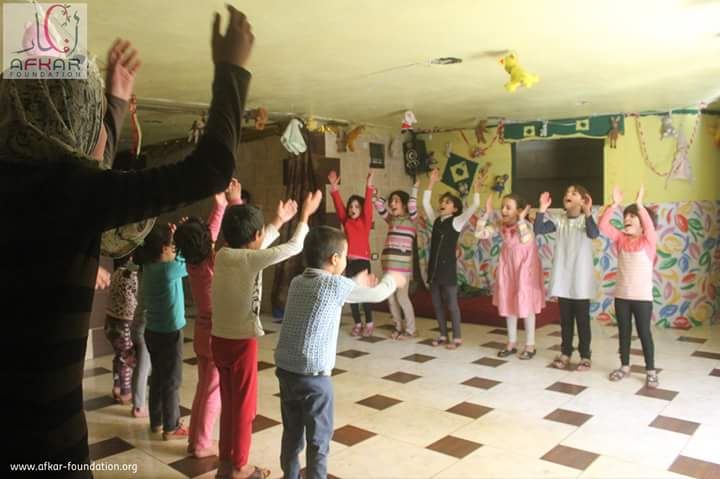 You can offer some hope to the orphans of Moumayazoun, orphans that might some day be the future of what is now a country ripped apart.

To donate and help the orphans of Moumayazoun please click here - ALL money raised will go directly to the orphanage in a bid to provide protection as well as food, clothing, education and joy in what is a near joyless city but most of all hope and love.

#ALittleForAleppo is not going to trouble world leaders, heads of state, dignitaries or their like but if you can go to the trouble of giving a little to the children, the future of whatever Syria will become, you'll have done a lot.

popular
QUIZ: Guess the movie from the movie poster
Here is a list of every Bank Holiday in Ireland in 2023
Nicola Bulley's phone found by the river 'could be a decoy', diving expert suggests
One of the best crime thrillers ever is among the movies on TV tonight
The Last Of Us Episode Five will premiere days earlier in Ireland and UK
Edward Scissorhands was very nearly played by a much-loved Oscar winner
5 years ago, Hollywood took a massive gamble on a huge sequel... and lost big time
You may also like
1 week ago
Princess Diana's former aide Paul Burrell reveals his cancer diagnosis
1 week ago
The most handsome man in the world according to science has been named
1 week ago
Man dies in the US after being shot by dog
2 weeks ago
Vatican investigating allegations of lockdown 'sex party' at UK cathedral
2 weeks ago
Andrew Tate to remain behind bars for an extra month as Romanian police extend detention
2 weeks ago
Irish dad dies trying to save 11-year-old daughter from drowning
Next Page