It is the second public mass shooting in America in four days.

Just days on from a mass shooting at a nightclub in Colorado that left five people dead, America is reckoning with yet another fatal public incident of violence, this time following a Walmart shooting in Virginia.

Police have confirmed the deaths of six people following a shooting that took place at a Walmart store in Chesapeake, Virginia.

END_OF_DOCUMENT_TOKEN_TO_BE_REPLACED

According to Reuters, police responded to a report of a shooting shortly after 10pm on Tuesday evening. During a media briefing, public information officer Leo Kosinski said that "less than 10" people were confirmed dead, though he declined to provide a definitive number. An unknown number of injuries have also been declared.

Local authorities also confirmed the death of the suspected assailant. It is unclear if he died of self-inflicted injuries or was stopped by police.

Kosinski said that no shots were fired directly at police, as far as he is aware.

"We’re only a few hours into the response, so we don’t have all the answers yet," said a spokesperson for the city of Chesapeake on Twitter early on Wednesday morning.

"Chesapeake Police continue their investigation into the active shooter event at Walmart on Sam’s Circle. We do know there are multiple fatalities plus injuries and the shooter is confirmed dead."

Chesapeake Police confirm an active shooter incident with fatalities at the Walmart on Sam’s Circle. The shooter is deceased. Follow us here for the only official updates. Our first responders are well-trained and prepared to respond; please give them space to do so.

A spokesperson for Walmart expressed the company's "shock" at the incident and said it is working closely with authorities on the matter. 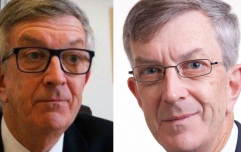 END_OF_DOCUMENT_TOKEN_TO_BE_REPLACED

State senator for Virginia Louise Lucas noted that she was "heartbroken" as a result of the event.

"I am absolutely heartbroken that America's latest mass shooting took place in a Walmart in Chesapeake, Virginia tonight," Lucas wrote on Twitter.

"I will not rest until we find the solutions to end this gun violence epidemic in our country that has taken so many lives."

I am absolutely heartbroken that America’s latest mass shooting took place in a Walmart in my district in Chesapeake, Virginia tonight. I will not rest until we find the solutions to end this gun violence epidemic in our country that has taken so many lives.

Tuesday's events in Virginia provoked all-too-familiar headlines as far as America and gun violence is concerned, registering as the second such high profile mass shooting incident in recent days.

According to reports, the alarm was raised just before midnight, with police arriving at the scene shortly afterwards. An individual believed to be the suspected shooter was located inside the club and was taken into custody.

It has been confirmed that people attending the nightclub successfully subdued the attacker. Colorado Springs police Lieutenant Pamela Castro said that the suspect received treatment for their injuries after the arrest was made.

Staff at the venue later described the incident as a "hate attack".

"Club Q is devastated by the senseless attack on our community," begins a Facebook post uploaded on Sunday.

"Our prayers and thoughts are with all the victims and their families and friends. We thank the quick reactions of heroic customers that subdued the gunman and ended this hate attack."