WATCH: Robot in Limerick launches itself with a bottle of champagne and it's mildly terrifying

One step closer to something out a Terminator film...

There were joyous and strange scenes at the docks in Limerick city on Monday when a brand new €2 million underwater robot was officially unveiled by the University of Limerick.

Though Minister of State for Trade, Employment, Business, EU Digital Single Market and Data Protection Pat Breen was on hand as master of ceremonies, the remotely operated vehicle - or 'ROV' for short - took care of the traditional champagne action all by itself.

Which, let's be honest, is kind of terrifying, no?

It even has the awkwardness aspect down, pausing at the right moments to allow the tension to build, and seemingly struggling with the thing for good measure.

As for that down-in-one flourish at the end? Unnerving.

But hey, robots are behaving more and more like human beings - and animals - every day so we just have to get used to bizarre sights like the above.

END_OF_DOCUMENT_TOKEN_TO_BE_REPLACED

The crowd-pleasing robot can operate in challenging wind, wave and tidal conditions, and will be used to inspect, repair and maintain Marine Renewable Energy (MRE) facilities.

Speaking at the launch, Minister Breen hailed the ROV's potential positive impact on the environment.

"Internationally, the offshore renewable energy sector is set to rapidly grow which will help to reduce carbon emissions and arrest climate change," he said.

"Ireland has the best wind and wave resources in Europe and it is vital that as an island nation, we invest and engage in research in the area of marine energy technology."

Professor Daniel Toal, Director of the Centre for Robotics and Intelligence Systems at the University of Limerick believes that the advanced robotics technology developed at UL will be "crucial" in supporting the burgeoning MRE sector.

“It will also play a significant role in reducing the cost of installing and maintaining large-scale offshore energy generation infrastructure," said Toal.

"As the worldwide marine renewable energy sector grows, UL’s research contribution in this area will have even greater impact." 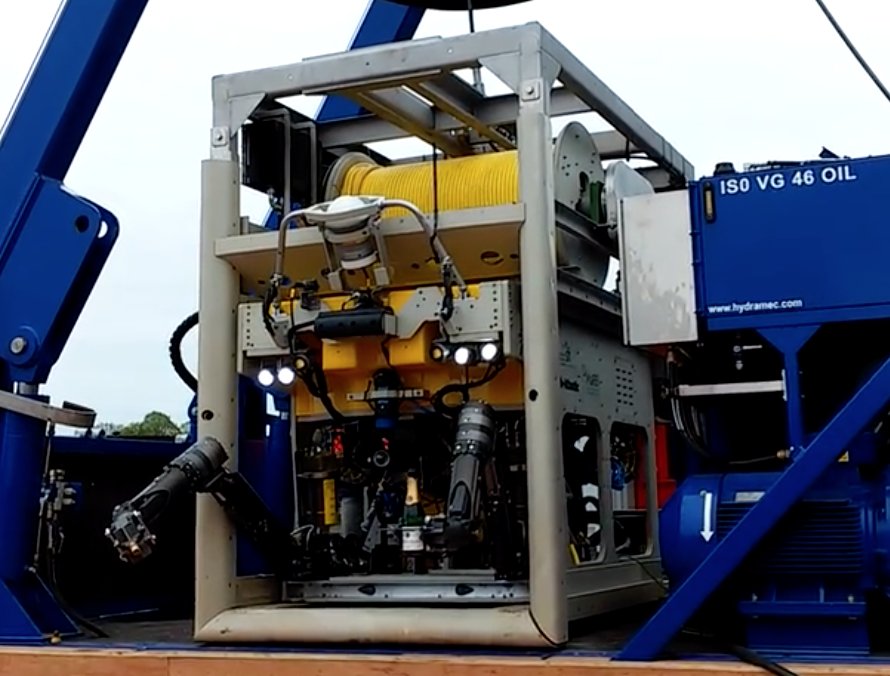