JD Wetherspoons currently have two bars open in Ireland and by the start of September they'll have five after the founder and chairman of the company confirmed the dates for their expansion.

Tim Martin told the Irish Times that The Great Wood in Blanchardstown will open on June 23, The Old Borough in Swords on July 21 and The Linen Weaver in Cork city on September 1. 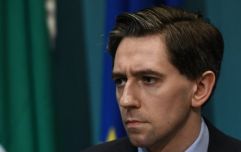 END_OF_DOCUMENT_TOKEN_TO_BE_REPLACED

He said that the two existing premises, the Three Tun Tavern in Blackrock and the Forty Foot in Dun Laoghaire, are doing really well and that work on their Camden Street location is underway.

Ahead of the arrival on Leeside, Cork pubs Sober Lane and Electric posted this Game of Thrones-inspired video.