Wetherspoons to start work on new €18.5 million pub and hotel in Dublin city centre next month

300 jobs will be created when it opens next summer.

Development work will start on a new Wetherspoons pub and hotel in Dublin city centre early next month, a project that will cost €18.5 million in total.

A row of derelict properties in Camden Street Upper and Camden Street Lower will be converted as part of the development, which will be known as Keavan’s Port Hotel.

END_OF_DOCUMENT_TOKEN_TO_BE_REPLACED

Work on the development will start on 8 May, with a pub set over two levels, a courtyard beer garden and bedrooms specially designed for people with disabilities amongst the building’s notable features.

A number of original features of the derelict buildings will also be retained and restored, including a circular stained glass window which was crafted by Earley & Company (church decorators, stained glass manufacturers and stone carvers), who were based at the site.

A former chapel that belonged to the Little Sisters of Assumption will also be preserved and form part of the new pub and hotel, which will also include bespoke and reclaimed furniture, as well as reclaimed stonework and decorative windows incorporated within the design.

Commenting on the new development, Wetherspoon chairman Tim Martin said: “We are looking forward to developing the site into a fantastic pub and hotel. 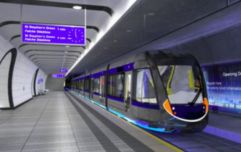 END_OF_DOCUMENT_TOKEN_TO_BE_REPLACED

“It will be the biggest single investment undertaken by Wetherspoon and will result in our largest hotel alongside a superb pub.

“Our pubs in the Republic of Ireland are thriving and we are confident that the pub and hotel will be a great asset to Dublin and act as a catalyst for other businesses to invest in the city.”

Earlier this week, it was announced that another Wetherspoons outlet will open on Lower Abbey Street in Dublin before the end of the year.

popular
The JOE Friday Pub Quiz: Week 220
The JOE Movie Quiz: Week 80
Harry Styles hits back at critics who told him to be more 'manly'
Status Yellow snow warning issued for five counties
Here's Week 58 of JOE's 19 in 90 quickfire quiz
Status Yellow weather warning issued for all of Ireland
Here are the 6 best movies on TV tonight
You may also like
1 week ago
Two homeless men found dead in Dublin
1 week ago
€5 million of suspected ecstasy and MDMA seized by Gardaí in Dublin
2 weeks ago
Gardaí renew their appeal for witnesses to fatal assault in September
2 weeks ago
Two Dublin restaurants win big at the World Luxury Restaurant Awards
2 weeks ago
Gardaí appeal for witnesses to “unruly and offensive behaviour” by individuals not wearing face coverings on the Luas
3 weeks ago
Plans for off-road cycle route in one of Dublin's busiest areas take "important" step forward
Next Page