They say there's plenty of fish in the sea, but the sea is a vast expanse and you could be a long time searching its many nooks and crannies.

The latest batch of 2016 Census figures have been published and delve into households and families in Ireland.

END_OF_DOCUMENT_TOKEN_TO_BE_REPLACED

The CSO have produced this interactive map where you can check the numbers of single people in each town around the country.

You can look at the interactive map here. 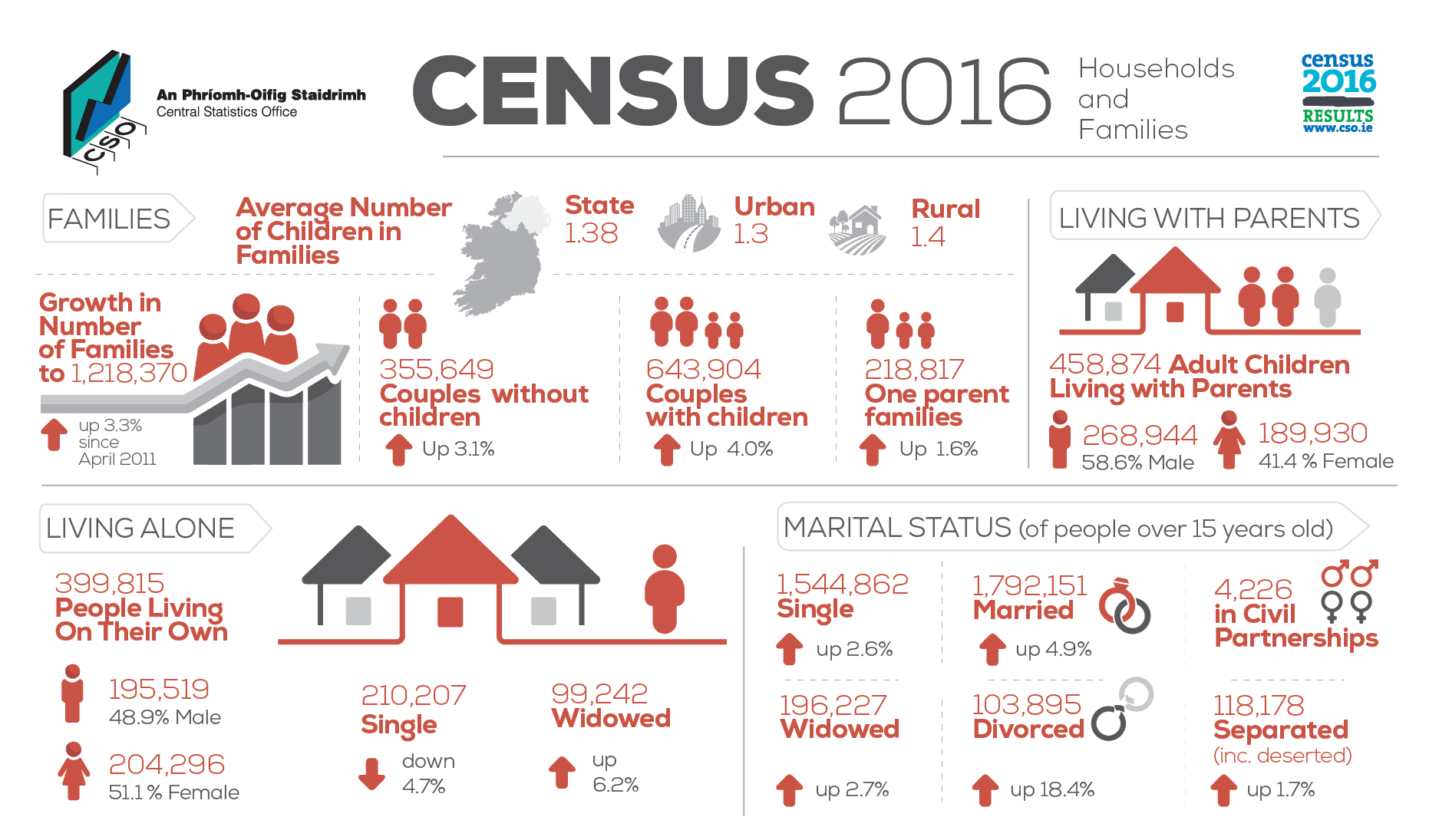 It must be noted that these percentages depend heavily on the underlying age structure of each county. Younger counties tend to have more single people, while older counties have more married and widowed people.

The full report is available on the CSO website but below are some stats from the Census.