Would moo believe it? Clare cattle lend their support to the Banner

It was famously said there wouldn’t be a cow milked in Clare after one particular victory, and they are showing their support to Davy Fitz and his team.

That phrase was coined after the shock defeat of Kerry in the 1992 Munster football final and while victory today for the hurlers wouldn’t be anywhere near as surprising, the cattle in Clare are back in the limelight.

Munster champions Limerick stand in their way of an All-Ireland final date with Cork and there has been huge build-up and anticipation to the clash of the close neighbours, even on the farm.

This Clare supporter we think has the number 11 jersey, so would add a bit of beef to the half-forward line, but will have to be content with wishing the Banner well from the farm yard. 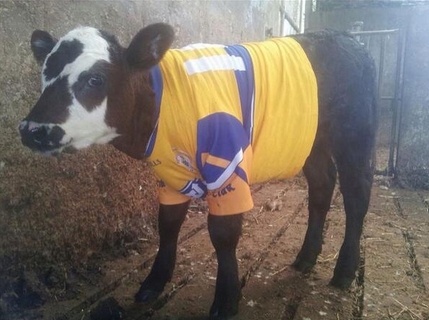 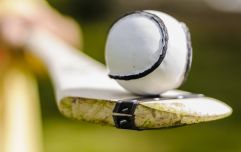 END_OF_DOCUMENT_TOKEN_TO_BE_REPLACED

With such passionate support, Clare will be brimming with confidence and hopeful of moo-ving into the decider to play the Rebels.

If there are pictures of any Limerick livestock looking to get one up on their Clare rivals, please send them our way.

popular
Secretary-General for Department of Health receives €81,000 salary increase
Amazon Prime Video has just added 16 big movies to its library
18-year-old woman attacked with metal pole by three men in Belfast
The Tinder Swindler review: Exactly the kind of documentary Netflix should be making
Report finds "significant harm" caused to 46 children and young people at Kerry mental health service
QUIZ: Can you get 10/10 and correctly name all of these fruits?
China gives Fight Club a new ending, manages to completely change the plot of the movie
You may also like
5 months ago
Major delays after bales of straw fall from lorry on M7
5 months ago
Irish Rail warns hurling fans travelling to Dublin for All-Ireland Semi-Finals that pre-booking is mandatory
2 years ago
Gardaí issue notice to anyone travelling to All-Ireland final on Sunday
2 years ago
WATCH: American comedian's reaction to hurling is one of the funniest things we've seen in ages
2 years ago
Teenager suffers heart attack after being hit by sliotar during match
2 years ago
Corbett & McGrath's Big Build-Up is here - our new hurling analysis show
Next Page