If you loved West Cork, this will be right up your street...

Dirty John, Serial, West Cork - there have been plenty of great true crime podcasts to which listeners have become hooked.

Following in their footsteps is The Witness: In His Own Words - a new 10-part documentary podcast series produced by the team behind The Stand with Eamon Dunphy and available to listen to on Apple and Spotify. 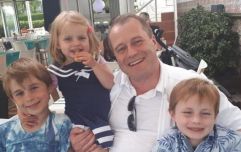 END_OF_DOCUMENT_TOKEN_TO_BE_REPLACED

Based on Nicola Tallant’s best-selling non-fiction book The Witness, the show's focus is on Joseph O'Callaghan who, in 2005, became the youngest person ever to enter the Witness Protection Programme in Ireland.

This was after his testimony helped convict two drug-dealing gangsters for murder.

The podcast will see O'Callaghan tell his extraordinary life story in his own words for the first time.

It's plot synopsis reads: "Aged 12, Joey talked his way into an after-school job with the local milkman. It was the beginning of a decade spent in the heart of Dublin’s gangland.

"From his teenage years spent trapped in the criminal underworld, through to living as a grown man under a false identity, Joey’s life exposes the deep scars caused by social deprivation, drug-fuelled gang warfare, and the callous arms of the state."

In a statement about the podcast, O’Callaghan says, “I’ve seen things I don’t want to remember but can never forget. I’ve been scared, silenced and brought to the brink of death. But I’m here. I survived.”

Tallant added: “I have been enthralled listening to Joey O'Callaghan's story since I first met him on a canal bank in Dublin almost 10 years ago. 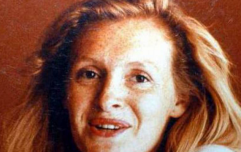 END_OF_DOCUMENT_TOKEN_TO_BE_REPLACED

"Groomed into gangland and forever a prisoner to his past, Joey tells his story with conviction, honesty and a rawness that I have never heard before or since. A judge and jury believed his truth. I have believed his truth and now the listener can hear Joey's story for themselves and make up their own minds.”

The Witness: In His Own Words is being distributed by Acast Creator Network. Its first episode was released onto all major podcast platforms on 24 May.

Further episodes will be released on a weekly basis.

popular
Amazon Prime Video has quietly added 18 big releases to its library
Shop where winning Lotto jackpot ticket was sold revealed
Here's where all the 149 tickets that won €36,687 in Saturday's Lotto were sold
Man arrested on suspicion of the murder of Ashling Murphy
Eamon Ryan says he expects lifting of Covid restrictions next week
New HBO comedy series looks like a must watch for Flight of the Conchords fans
Here's why you should never slag off someone sitting next to you on Twitter
You may also like
3 years ago
DJ Carey's way of coming to terms with a referee's mistake is a lesson to us all
3 years ago
Cheddar Plunkett launches impassioned defence of Offaly in face of damaging relegation
3 years ago
The Big Reviewski Film Club – Calling all movie-lovers for a brilliant Ocean's 8 Film Quiz in Dublin
3 years ago
Kevin McLaughlin, James Downey and Georgina Robinson on The Hard Yards
3 years ago
"It’s impossible to break him!" - Top sports scientist describes Ireland's most durable player
3 years ago
Rory Gallagher defends criticism of Fermanagh's defensive style
Next Page