Ronan O'Gara was watching the Lions draw with New Zealand in Paris, last weekend, and in the affable company of Donnacha Ryan.

The former Munster teammates now enjoy a coach-player relationship at Racing 92 and both were rapt by the third and final Test of a gripping series. They were not the only ones to feel a keen sense of disappointment that the series was not settled on the pitch, after the Lions and All Blacks drew 15-15. 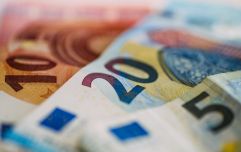 END_OF_DOCUMENT_TOKEN_TO_BE_REPLACED

O'Gara believes rugby union missed a golden opportunity to transcend to a whole new level by not playing 'next score winner' after the full-time whistle blew.

O'Gara told The Hard Yards that a union take on rugby league's 'golden point' would have had fans on the edge of their seats. He said: "The value the fan would have got out of that would have left a better taste in everyone's mouth. Everyone was nearly deflated. It was like a loss for both teams, instead of a hard-earned draw.

"The drama that goes with that... I watch a lot of Australian Rugby League and the psychology in that with the team that is behind and getting to a draw at full-time. Then it's winner takes all.

"You've got to have an onus on the teams - and maybe it's because I have a huge fascination with drop goals - and you would have seen a complete contrast in styles. New Zealand would have gone for a try and the Lions, with Sexton, Farrell and Elliot Daly, [they would kick]. That left peg [of Daly's] has to be used.

"It brings all the mental games into play and after 80 minutes, it's so much harder to think. Imagine the drama if they missed two kicks and it was still going on after 18 minutes [of the 20 in extra time]."

O'Gara was joined by former Munster and Ireland centre James Downey, Pat McCarry of SportsJOE and host Andy McGeady for the latest episode of The Hard Yards, which is sponsored by Ladbrokes. 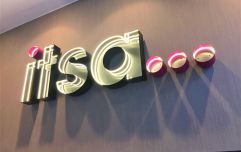 END_OF_DOCUMENT_TOKEN_TO_BE_REPLACED

1:20: ROG and James on what they looked forward to most about off-season
5:00: ROG on his 1997 holiday to Santa Ponza with the Munster lads
8:25: The perfect way to decide the Lions' Test Series against New Zealand
18:20: We hold our hands up about some early, pessimistic Lions predictions
22:10: Peter O'Mahony or Rory Best for Ireland captain?
30:35: The lads discuss their top moments of the season and ROG speaks about Anthony Foley
35:05: Sean O'Brien's amazing comeback from the brink
37:34: Our wishlist for 2017/18
42:20: James comes straight out and asks ROG about the Munster job

popular
The JOE Movie Quiz: Week 101
RSA confirm online theory tests to come into effect later this month
QUIZ: Can you identify the EU country of origin from these €1 coins?
QUIZ: Can you list the 32 counties of Ireland in order of population size from largest to smallest?
Everything you can do from tomorrow as biggest easing of restrictions in months to take place
QUIZ: Can you identify which of these countries have the colour blue in their flag?
The JOE Friday Pub Quiz: Week 242
You may also like
1 day ago
Here's how you can play for the $396 million U.S Mega Millions jackpot from Ireland
3 days ago
WATCH: Michael Fry has discovered the perfect way to be an absolute dote to his Godmother Catherine
3 days ago
COMPETITION: Win a star-gazing camping adventure to the stunning Aran Islands for you and your housemate
5 days ago
If you’re throwing out your old phone, TV or laptop, this is the correct way to do it
1 week ago
[CLOSED] COMPETITION: Win an epic adventure in this stunning Mayo lodge for you and your housemate
1 week ago
Irish healthcare company unveils brand new itchy scalp solution
Next Page