BREXIT: What happened today and what comes next for Boris Johnson

A lot happened on Saturday.

There will be no meaningful vote on Boris Johnson’s deal in the House of Commons on Saturday following the passing of a backbench amendment by MPs.

Johnson did not get the backing of the house to have his meaningful vote, instead MPs passed an amendment tabled by a cross-party group of MPs led by Oliver Letwin by a 16 vote majority.

The Letwin Amendment amendment means that approval can’t be given to Johnson’s deal until the legislation to enact it is passed.

Letwin said he supported Johnson’s bill but proposed the amendment as an insurance policy to stop the UK crashing out of the EU without a deal.

The passing of the Letwin amendment has triggered the Benn act, which by law, requires Johnson to request an extension to article 50 from the EU.

Speaking after the vote, Johnson said: “I will not negotiate a delay with the EU, and neither does the law compel me to do so.”

This does not mean he won’t send a letter to the EU seeking an extension – he is compelled by law to do so and not sending it would likely see him in front of the courts – but his comments mean he will not engage with the process to negotiate the extension. 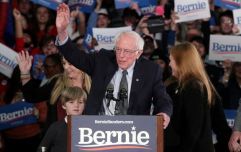 US election: Results delayed in Iowa democratic vote due to "inconsistencies"

END_OF_DOCUMENT_TOKEN_TO_BE_REPLACED

Downing Street will hope the EU, sick of the extensions, will only grant the UK a short ‘technical’ extension of weeks not months.

If this is the case, then there’s still a chance that Johnson can get this bill pushed through by the end of the year, and the extension of weeks would mean less time for tinkering with the deal by the House of Commons.

The Democratic Unionist Party, who voted in favour of the Letwin amendment, said the delay in the meaningful vote would allow for further scrutiny of Johnson's agreement.

They said their support of the deal would depend on preserving the "constitutional and economic" integrity of the UK.

The House of Commons has now adjourned and will return on Monday when it's expected there may be an attempt at another meaningful vote by the UK government.


popular
Here's the lineup for this week's Late Late Show as Ryan Tubridy returns
Here's Week 27 of JOE's 19 in 90 quickfire quiz
Patient in Covid-19 ward spat towards nurses on "four to six occasions"
The 50 most iconic songs of all time* have been revealed
This Irish raffle is giving you the chance to win a €250,000 Ferrari
“Chockablock” traffic on N11 prompts renewed appeals to public to avoid Easter weekend travel
QUIZ: Can you name all of these characters from Love/Hate?
You may also like
14 hours ago
Italian Prime Minister says the EU could collapse due to Covid-19 outbreak
1 day ago
Bernie Sanders drops out of 2020 US presidential race
1 day ago
828 more people have died from Covid-19 in England
2 days ago
Body of Maeve Kennedy Townsend McKean recovered following canoe accident
2 days ago
WhatsApp is introducing stricter restrictions to curb spread of fake messages
2 days ago
China reports no new coronavirus deaths for first time since January
Next Page