"To think that you can hold Ireland to ransom, you can’t."

Throughout the four seasons of Peaky Blinders, we've seen Tommy Shelby constantly evolve and change. However, as the season four finale came to a close, Steven Knight teased us with an entire new career for Cillian Murphy's character, politics.

After being elected as an MP for Birmingham, Tommy Shelby is about to step foot into Westminster in Season 5 of the beloved drama and as mentioned previously, the new episodes of Peaky Blinders will tap into the rise of fascism and the ever-changing geopolitical landscape of Britain in the 1930s.

END_OF_DOCUMENT_TOKEN_TO_BE_REPLACED

While the most notorious gangster in Small Heath looks set to flex his political muscles, Cillian Murphy has also been discussing matters extremely close to his own heart.

As previously shown, whenever the Cork man gives an interview, he's extremely articulate and engaging. Take a look at his chat with Blindboy about the Eighth Amendment for further proof of this.

However, Murphy isn't the type to give interviews every second day of the week as he prefers to keep his name out of the headlines and with good reason, as he has consistently stated that the more the audience know about an actor, the less believable they are on screen.

You can't argue with that. 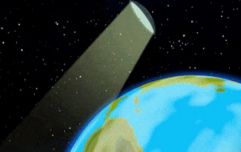 END_OF_DOCUMENT_TOKEN_TO_BE_REPLACED

During a recent interview with The Guardian to promote the new season of Peaky Blinders, the star of The Wind That Shakes the Barley and The Dark Knight trilogy was asked about Brexit and his response was as succinct, accurate and articulate as you could imagine.

"The Good Friday agreement was predicated on there not being a border and to think that you can hold Ireland to ransom, you can’t," he said.

"Listen, if you and I are in a club and there are 28 members of the club and I decided to leave, why would I get preferential treatment? Doesn’t make any sense.

"And if Ireland is a member of that club and me leaving undermines their whole set-up and the peace they have, it doesn’t make any sense, and it’s not equitable or fair and it’s because the whole thing was sold on a bunch of misinformation." 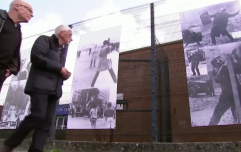 END_OF_DOCUMENT_TOKEN_TO_BE_REPLACED

Later in the interview, Murphy says that Brexit was flawed from the outset.

"It was a binary choice. There’s no nuance, you can’t put any of that into a referendum. You can say, ‘yes, we’ll leave the EU’, but no one knew how," he said.

As for the return of Tommy Shelby, the BBC haven't announced a premiere date for Season 5 of Peaky Blinders yet but we expect it to be imminent.

popular
The JOE Friday Pub Quiz: Week 323
Simon Cowell concerns fans with appearance as they 'don't recognise him'
People are realising what the red Christmas lights are really for
Miss Croatia wears revealing outfit at World Cup game despite Qatar's dress code
Netflix has just added 30 big movies to its library
Parents told to stop buying selection boxes for kids- here's why
Orange is the New Black actor Brad William Henke dead aged 56
You may also like
1 day ago
Netflix has just added 30 big movies to its library
1 day ago
The best sci-fi horror movie of all time is among the movies on TV tonight
2 days ago
Scarlett Johansson's first TV role has a very odd connection to... Scarlett Johansson
3 days ago
Prime Video reveals its line-up of new shows and movies arriving in December
4 days ago
One of the best movies of the decade has just been added to Netflix
4 days ago
Prime Video has just added 26 very big movies to its library
Next Page