George H.W. Bush, the 41st President of America, passed away at the age of 96 in the early hours of Saturday morning.

He has since announced on Twitter that he will miss a G20 press conference in Argentina to attend the former President's funeral.

Trump wrote: "I was very much looking forward to having a press conference just prior to leaving Argentina because we have had such great success in our dealing with various countries and their leaders at the G20.

"However, out of respect for the Bush Family and former President George H.W. Bush we will wait until after the funeral to have a press conference."

....However, out of respect for the Bush Family and former President George H.W. Bush we will wait until after the funeral to have a press conference. 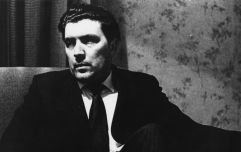 END_OF_DOCUMENT_TOKEN_TO_BE_REPLACED

Bush's son, George W, who was also President of America, released a statement on behalf of their family.

It read: "Jeb, Neil, Marvin, Doro, and I are saddened to announce that after 94 remarkable years, our dear Dad has died. George HW Bush was a man of the highest character and the best dad a son or daughter could ask for.

"The entire Bush family is deeply grateful for 41’s life and love, for the compassion of those who have cared and prayed for Dad, and for the condolences of our friends and fellow citizens."


popular
QUIZ: Name the US States which contain the letter ‘S'
The JOE Friday Pub Quiz: Week 204
QUIZ: Can you name all of these towns from their Irish names?
The 50 most iconic songs of all time* have been revealed
White House reporter asks Trump if he regrets “all the lying” to the American people during his presidency
QUIZ: Name the US States which contain the letter ‘R’
QUIZ: Can you name all the countries beginning with 'A'?
You may also like
19 hours ago
Man in his 20s stabbed in Eyre Square in Galway
1 day ago
Gardaí appeal for witnesses following unexplained death of man in Cork
1 day ago
Search underway for two women missing after paddle boarding on Galway coast
1 day ago
A man has died following a stabbing in Dublin
2 days ago
Three people dead after train crash in Scotland
2 days ago
GRA express hope other suspects in Adrian Donohue murder “will be brought to justice”
Next Page