The polls are closed. The count starts tomorrow.

Between 7am and 10pm today, Ireland made a historic decision — whether or not to repeal the Eighth Amendment, the Constitutional provision that equates the life of the unborn to the life of its mother. Soon, we will find out what the nation has decided.

Few would be confident in staking the house on either side, and most agree that whatever the result tomorrow, the margin is likely to be tight. 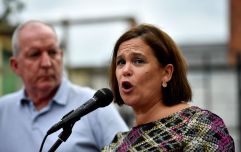 END_OF_DOCUMENT_TOKEN_TO_BE_REPLACED

RTÉ have sought to pre-empt the final verdict by commissioning an exit poll from market research company Behaviours and Attitudes. The plan is to survey a total of 3,000 voters as to which way they voted as they come out of their polling stations today, and for David McCullagh to read the results at 11.30pm tonight, at the end of The Late Late Show. The Irish Times has also announced that it will conduct an exit poll of its own.

No matter the results of the exit polls, there is likely to be a sizeable freakout. Whether it looks like it's too close to call, a narrow victory or a landslide on either side, a sizeable portion of Ireland's electorate will be left climbing up the walls.

But how trustworthy will these exit polls be? How closely will they reflect the final result? The truth is that there's really no way to tell for sure.

In 2016, UK broadcasters made the opposite decision on whether or not to commission and publish an exit poll following the Brexit referendum. 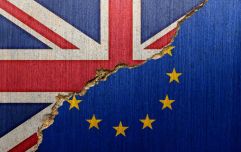 END_OF_DOCUMENT_TOKEN_TO_BE_REPLACED

Writing in the New Statesman at the time, Stephen Bush explained the decision: "The last referendum on Britain’s membership of the European Union – then the European Economic Community – was in 1975. It is difficult in the extreme to measure change from that contest, not least as most of the people who voted in that election are dead."

1975 goes eight years further back than 1983, of course, but the same principle applies. Two years ago, British broadcasters made the conscious choice not to publish exit polls because they didn't know how accurate they'd be. The same decision was made for Scotland's independence referendum and Great Britain's 2011 Alternative Vote referendum. There is no real reason to think tonight's poll can be any more carefully constructed.

RTÉ hasn't explicitly clarified the methodology of their exit poll, or which polling stations will be surveyed. Even if the Behaviour and Attitudes poll is designed to measure simple voter intention as well as change, there are no constituencies or polling stations that can reliably be used as "bellwethers" for the rest of the nation. 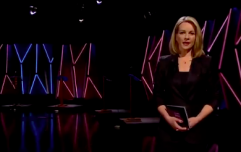 END_OF_DOCUMENT_TOKEN_TO_BE_REPLACED

Normally, pollsters shape their polls by focusing on these kinds of bellwether areas — constituencies and polling stations whose voting habits are typically reflective of the broader population's intentions.

Decades of data from general elections means that when it comes to electing TDs, pollsters can confidently talk about constituencies which are Fine Gael strongholds or Fianna Fáil strongholds. This approach doesn't work in the context of a referendum on abortion. Simply put, there is no such thing as a known pro-repeal or anti-repeal stronghold. Every ballot box in every precinct in every constituency is a potential outlier.

Our last referendum on abortion was in 1983. Not only has Ireland undergone seismic social changes in the intervening 35 years, but many of those who voted in the original referendum on the Eighth Amendment are now, quite simply, dead.

Similarly, our own more recent referendums don't provide us with an appropriate baseline. Perhaps the most closely related referendum would be 2015's Marriage Equality referendum, but it wouldn't be appropriate to conflate opinions on something like marriage equality with opinions on abortion. While they may be two traditionally liberal positions, there is no necessary overlap between supporting same-sex marriage and supporting the repeal of the Eighth Amendment. There will be plenty of overlap, to be sure, but none that can be assumed.

Not only that, but Ireland, like the UK, hasn't even commissioned public exit polls for its most recent referendums. Usually, the tack taken is that the results are out so soon that it's just not worth it to commission a forecast for weather that's already on the horizon. This time around, ahead of Ireland's most contentious referendum yet, the state broadcaster has felt the urgency and changed its mind.

Another factor to consider is the influence of "shy voters" on any exit poll. Exit polls are often affected by respondents who aren't truthful about which way they voted, but for an issue as evocative and emotional as abortion — where voters might even be keeping their choice secret from their own families — we can expect this element to be even more important than usual.

Where the exit poll may come in handy is if it returns an emphatic result towards either side. The more it tilts to one side, the less likely the real result will swing in the other direction. But even so, this isn't quite "nothing is set in stone" — this is more like the split-second of temptation before deciding whether or not to write your name in wet cement.

Voters of any stripe will watch tonight's exit poll announcement through their fingers with their breath trapped in their lungs, and once it's over there's likely to be a sleepless night on the cards for many. Not only that, but if RTÉ do end up getting it wrong, then the public relations repercussions could be severe.

In their cost-benefit analysis, RTÉ have decided that the risk of getting it wrong is worth the ratings that the announcement will drag in. We won't know whether that gamble has paid off until Saturday.

And that's exactly the point.

popular
Details of cash payments and Christmas bonus outlined in Sinn Féin’s alternative budget
QUIZ: Test your knowledge with this Ultimate Friends Character Quiz
A brilliant psychological thriller is among the movies on TV tonight
The JOE Friday Pub Quiz: Week 313
House Of The Dragon is already better than Game Of Thrones
One of the best films nobody went to see turns 15 years old this week
Amazon Prime Video has just added 20 very big movies to its library
You may also like
2 days ago
Monday Night Live is coming to RTÉ next month
1 month ago
RTÉ tries to solve Michael Collins murder in new documentary
2 months ago
Here are the most-watched TV programmes on RTÉ in 2021
3 months ago
Body of a man found on RTÉ campus in Dublin
3 months ago
RTÉ says it's "disappointed" with termination of partnership with Dublin Pride
3 months ago
Dublin Pride terminate partnership with RTÉ following Liveline programmes on gender identity
Next Page