Children across Ireland could be diagnosed with autism by psychologists who are not properly qualified, JOE can reveal.

Internal health service documents show that the HSE commissioned a psychologist to assess children, despite the fact she had previously been turned down for another HSE job because she did not have “clinical” qualifications.

Psychology and disability staff in the HSE have repeatedly raised concerns about whether or not private autism assessments should be accepted by the health service. But despite fears of psychologists who may not have had the right qualifications diagnosing children with autism, the HSE has suggested it could be forced to accept the private assessments because it is worried about facing legal action. 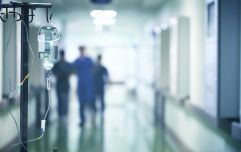 END_OF_DOCUMENT_TOKEN_TO_BE_REPLACED

Children can be left waiting two years before they are assessed for autistic spectrum disorder (ASD) by the HSE. Children with ASD need interventions as early as possible, because the longer they are left without a diagnosis the worse the disorder can get.

Under the Disability Act 2005, a person with a disability the right to an assessment of their health and educational needs. But the HSE has said that the act doesn’t give the person the right to “a specific assessment at a particular point in time.”

By the end of September 2018, there were almost 4,000 applications for an assessment of need under the Disability Act which were overdue. This was for all assessments, not just ones that related to autism. Out of 3,941 overdue assessments, 2,879 were over three months overdue.

For this reason, many parents can end up paying €1,000 for a private autism assessment, so that their children can access the resources that they need in time. This private assessment is then shown to the HSE, or to the Department of Education.

Documents released to JOE under Freedom of Information law reveal that private autism assessments have become a concern in the HSE, particularly in the south of the country.

In a series of emails in January and February, disability services staff working in the south of the country raised concerns about private assessments. In January, concerns were raised about a woman who had been carrying out private autism assessments. 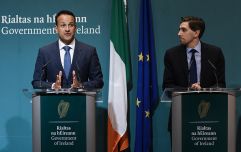 Broadband, hospitals, schools: government contracts might be boring, but they're really screwing us over

END_OF_DOCUMENT_TOKEN_TO_BE_REPLACED

In an email to senior staff, Dr Mairi Keenleyside, a HSE psychologist, said that she had interviewed the woman a number of years ago for a post in residential care but Dr Keenleyside felt the woman’s qualifications “were not clinical,” and said she did not have enough experience to pass the interview.

But the year after that, the same woman was commissioned by the HSE to carry out ASD assessments in another county.

In the email, Dr Keenleyside said that she had rang the woman a couple of years ago.

“I asked her if her qualifications had been validated by the Department of Health and she said she was working on it,” Dr Keenleyside said.

Dr Keenleyside added that another member of HSE staff had told her to “alert him any time this lady came to light.” She said she had told parents that the HSE would not accept the woman's private assessments, and that they should ask for their money back. 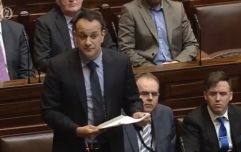 END_OF_DOCUMENT_TOKEN_TO_BE_REPLACED

The HSE did not directly respond to questions about why the woman had been commissioned to carry out ASD assessments and whether or not she would be commissioned again. It also did not clarify if it was accepting private assessments from the woman.

Internal HSE documents also revealed that concerns about private autism assessments had been raised repeatedly by staff across the country.

Patricia McEvoy, a general manager for disability services in Kilkenny, said that “due to long HSE waiting lists for children for ASD assessments parents have sought and paid for their own private assessments as once the child has the assessment intervention is quicker.”

“The issue has been raised numerous times with successive managers and nationally as to whether the HSE should accept these private assessments or not in the absence of a preferred provider list,” Ms McEvoy said.

Ms McEvoy said that HSE psychologists had said that parents were buying private autism assessments from people who claimed to have the necessary psychology qualifications, but HSE staff had different views. She said HSE psychologists “could provide evidence that this is not the case.”

She added that the HSE’s South East Community Healthcare services “have no grounds to decline a parental commissioned private assessment. Without clear guidance on the criteria and process there is a risk of litigation and unfair practices.”

“It may be worth seeking legal advice on the matter,” she said.

The issue had also been flagged last December by Roisin Egan, a project manager at Progressing Disability Services in the South East Community Healthcare group. In an email to the HSE’s national disability office, Ms Egan said that “a standardised approach is needed in terms of accepting these reports.” She said that private ASD assessments were becoming “more and more of an issue here in [South East Community Healthcare,] that needs addressing, with increasing number of private reports being submitted by parents.”

The National Disability Children and Families Team wrote to staff in the South East Community Healthcare group and said that there is “varying practice” across Ireland, where sometimes the HSE will accept a private assessment and sometimes it won’t. It said that “unfortunately,” the HSE had no set standard for what an acceptable private ASD assessment is.

Correspondence also showed that the HSE’s National Disability Children and Families team and the National Council for Special Education were both in favour of a new agreed standard for ASD assessments.

“It is currently possible for a person to call themselves a psychologist but not necessarily have the same qualifications as PSI members,” it said in a statement.

In a statement to JOE, South East Community Healthcare said it wishes “to assure the public that it is there to care and provide support, has dedicated teams of professionals in place and that the welfare of patients, clients, service users and their families is paramount.”

The HSE said it was “aware of the numbers of children waiting for assessments and therapy services and is fully cognisant of the stress this can cause to families.”

It said that while the HSE will take account of private ASD assessments, it will also do multidisciplinary assessments “where appropriate.”

popular
The JOE Movie Quiz: Week 137
The new film from the creators of South Park is going to get some big reactions
That Nic Cage film everyone is talking about is finally available to watch at home
Put the pedal to the metal with this General Knowledge Quiz
One of Ryan Gosling's best performances is among the movies on TV tonight
Location of winning Lotto jackpot ticket worth €19.06 million confirmed
The JOE Friday Pub Quiz: Week 277
You may also like
3 days ago
PCR or professional antigen test still required to receive Covid recovery certificate
3 days ago
Health Minister says online portal for registering antigen tests open to "a bit of play-acting"
6 days ago
Ireland passes one million confirmed Covid cases
1 week ago
Over 8,500 HSE staff are now on Covid leave
1 week ago
Symptomatic under-40s can now order free Covid antigen tests
1 week ago
Leo Varadkar proposes changes to self-isolation rules for boosted asymptomatic close contacts
Next Page