Justin Trudeau, the most handsome politician in the world, has a few famous lookalikes too

Men want to be him, women want to be with him and sock companies want to sponsor him (even if he was out-socked by Varadkar on Tuesday morning).

The Canadian Prime Minister flew to the Emerald Isle just in time for the 4th of July and has been catching the attention of everyone in Ireland since his arrival. 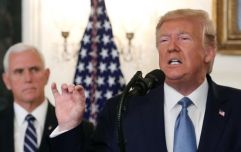 END_OF_DOCUMENT_TOKEN_TO_BE_REPLACED

His magnificently flawless hair would make any man jealous and his smile would capture the heart of thousands of women.

We thought he was the most handsome politician in all of the land but it turns out, Justin Trudeau has quite a few doppelgangers who look identical to him.

Some of the lookalikes include Game of Thrones character, Jon Snow, Irish actor and Taken star, Liam Neeson and even a cartoon Disney Prince.

Take a look for yourself and you'll soon realise that Trudeau actually has quite the familiar face.

Announcement: The new PM of Canada, Justin Trudeau looks like the Statue of David. You heard it here first folks! pic.twitter.com/xZEZQysLnU 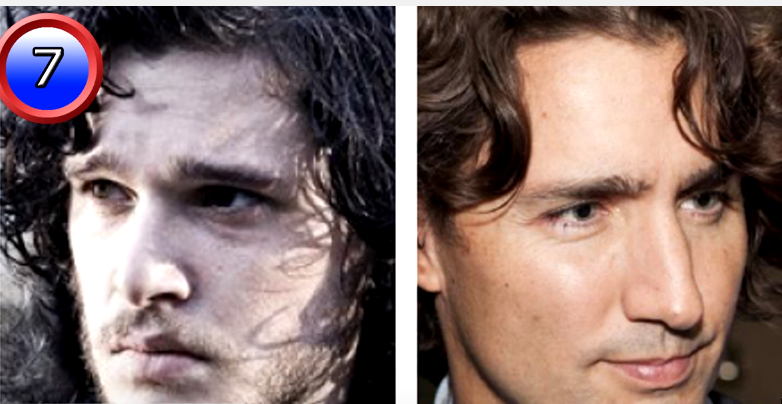 The Big Reviewski || JOE · TBR Spotlight: Loki - Episode Two - 'The Variant'
popular
Irish employers urged to introduce four-day working week for employees next year
Leo Varadkar told he has "seen the light" after being "an enthusiastic Tory fiscal conservative for his entire life"
The Ultimate Robert De Niro Quiz
A Murder in West Cork review: New doc series fixes one of Netflix's biggest problems
Public warned about another sophisticated phone scam doing the rounds
NPHET member warns 5 July indoor dining reopening could be "a recipe for problems" amid Delta variant concerns
Minister says it's not guaranteed non-essential travel restrictions will be lifted on 19 July
You may also like
3 months ago
Leaders around the world send Ireland their St Patrick's Day greetings
1 year ago
Canadian PM Justin Trudeau pauses for 21 seconds to answer question about Donald Trump
2 years ago
Canada to ban single-use plastics as early as 2021
3 years ago
Leo Varadkar seems to be having the time of his life with Justin Trudeau at Montreal Pride
3 years ago
PICS: The Leo Varadkar/Justin Trudeau bromance continues with leisurely jog in the Phoenix Park
3 years ago
Canadian Prime Minister Justin Trudeau is coming to Ireland in July
Next Page