Mattress Mick officially rules himself out of presidential bid

There'll be a few people disappointed by this...

Between supplying beds for the Apollo House occupation, speaking up for trans rights, and running his own successful business, Michael "Mattress Mick" Flynn actually has stronger credentials for Áras an Uachtaráin than most.

However, Ireland's favourite mattress-man has ruled himself out of a challenge to Michael D. Higgins when the presidential election rolls around later this year. 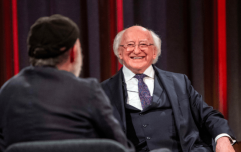 END_OF_DOCUMENT_TOKEN_TO_BE_REPLACED

Yesterday, the incumbent Higgins announced that he would be seeking re-election. Certain candidates, such as Senator Gerard Craughwell and actor and activist Kevin Sharkey, have expressed interest in contesting the election — but Flynn has firmly ruled himself out of the running.

In an early morning Twitter statement, Mattress Mick wrote: "There is no truth in the rumour that I intend to run for the Aras. I am to busy selling Irish made mattresses at unbelievable prices. Cheers."

There is no truth in the rumour that I intend to run for the Aras. I am to busy selling Irish made mattresses at unbelievable prices. Cheers 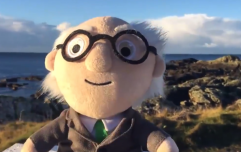 END_OF_DOCUMENT_TOKEN_TO_BE_REPLACED

Sticking to what he does best. And this way he'll still have the time to continue wishing us all a happy birthday.

It's still fair to be disappointed, though. A televised debate between Michael D. and Mattress Mick would have been a broadcasting spectacle for the ages. Alas. Maybe in seven years time.

popular
The JOE Friday Pub Quiz: Week 314
Johnny Depp/Amber Heard trial movie unveils first trailer and it's not good
“Megaproject” MetroLink takes next step towards construction
Disney+ has just added 9 huge movies to its library
QUIZ: Can you name all the EU countries containing the letter "i"?
Jeffrey Dahmer’s dad thinks he knows what’s to blame for son becoming a serial killer
Community movie finally confirmed – though some major cast members are missing
You may also like
3 weeks ago
People Before Profit call for end to "outdated and utterly unjust" UK monarchy following Queen's death
3 weeks ago
President leads tributes from Irish leaders following death of Queen Elizabeth II
1 month ago
Michael D. Higgins issues statement on Ukraine following controversy over his wife's letter
2 months ago
QUIZ: Can you name all the Presidents of the Republic of Ireland?
3 months ago
Varadkar says President is "immune in many ways from criticism and scrutiny"
3 months ago
"It is a disaster" - Michael D. Higgins slams Ireland's housing policy as "great failure"
Next Page