Grealish told the Dáil that €10 billion has been sent abroad over the last eight years.

TD Noel Grealish has had his comments referred to as "racist" by Ruth Coppinger after he claimed that €10 billion has been sent abroad from Ireland over the last eight years.

The TD told the Dáil that the money has been sent to countries such as Poland, Nigeria, the UK and France.

He asked if Revenue or the Department of Finance had any way of tracking where this money was coming from, when Leo Varadkar said he didn't know where Grealish was going with this question, and that Irish people had always historically sent money home from the US.

"For many decades, and many centuries, Irish people went all over the world and sent back their remittances to Ireland", said Varadkar in response to Grealish's comments.

Varadkar went on to tell Grealish that if he had any evidence of this taking place in the incorrect way, then he should pass it on.

Ruth Coppinger referred to his comments as an example of "disgraceful racism".

You can see a clip of the interaction here:

Questions by independent TD Noel Grealish about personal remittances sent from Ireland to countries both within and outside the EU have led to controversy in the Dáil. | https://t.co/JEA9BtWRmb pic.twitter.com/A3noowN7Xn 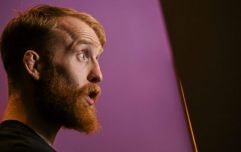 END_OF_DOCUMENT_TOKEN_TO_BE_REPLACED

Grealish has previously been in the headlines for his opinions on immigrants, saying: "Even three weeks ago, our Taoiseach said he'd take an extra 200 migrants from Africa.

"These are economic migrants, these are people who are coming over here from Africa to sponge off the system here in Ireland."

He has been a TD for the Galway West constituency since the 2002 general election.