She made the remarks on Wednesday morning after a confidence vote in her leadership was triggered.

Theresa May has said that her being replaced as Prime Minister would mean a delayed or cancelled Brexit, as she fights for her job ahead of a vote on her leadership tonight.

The crunch vote will take place after over 48 Conservative MPs submitted no confidence letters in her, triggering a ballot by all of the party's MPs. 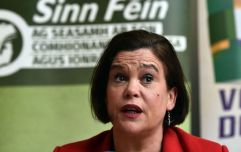 END_OF_DOCUMENT_TOKEN_TO_BE_REPLACED

Speaking outside Downing Street on Wednesday morning, May said that she intended to contest the confidence vote "with everything I’ve got", adding that she was ready to "finish the job" she began after becoming party leader.

She said: "A change of leadership in the Conservative party now would put our country’s future at risk and create uncertainty when we can least afford it.

"A new leader wouldn’t be in place by the 21 January legal deadline, so a leadership election risks handing control of the Brexit negotiations to opposition MPs in parliament.

"Weeks spent tearing ourselves apart will only create more division just as we should be standing together to serve our country. None of that would be in the national interest." 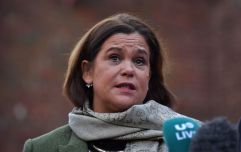 END_OF_DOCUMENT_TOKEN_TO_BE_REPLACED

May also claimed that a new Prime Minister would mean "delaying or even stopping Brexit" as they would not be installed in time to meet January's legal deadline on negotiations.

She argued: "The new leader wouldn’t have time to renegotiate the withdrawal agreement and get the legislation through parliament by 29 March, so one of their first acts would have to be extending or rescinding article 50, delaying or even stopping Brexit when people want us to get on with it.

"And a leadership election would not change the fundamentals of the negotiation, or the parliamentary arithmetic."

She added: "None of that would be in the national interest. The only people whose interests would be served would be Jeremy Corbyn and John McDonnell."

END_OF_DOCUMENT_TOKEN_TO_BE_REPLACED

All serving Tory MPs will now be able to cast a vote either for or against May tonight and the Prime Minister will need the backing of at least 158 of them to survive.

Sir Graham Brady, chairman of the 1922 committee, announced the vote on Wednesday morning. He said: “The votes will be counted immediately afterwards and an announcement will be made as soon as possible in the evening."

The ballot will be held between 6pm and 8pm on Wednesday evening.

popular
Human remains found in suitcases are the bodies of two children
People want "offensive" Crown Paints advert banned after attracting hundreds of complaints
Here's how to make €9-11 on Revolut in just a few minutes
Gardaí warn public of increased incidents of drink spiking in clubs and nightclubs
New car-free town with population of 85,000 set to be built in Dublin
The prequel to one of the best twists of all time and 7 more movies & shows to watch this weekend
QUIZ: Can you identify the famous song from the opening line?
You may also like
3 months ago
Gardaí appealing for witnesses to fatal road collision in Louth
3 months ago
Ireland's first ever "Bar Manager Apprenticeship Degree" to launch this week
3 months ago
Gardaí appeal for witnesses following serious assault incident in Dublin
3 months ago
WATCH: Chaos unfolds in Israeli airport when a US family tried to bring bombshell back home
4 months ago
Gardaí appeal for witnesses following serious assault in Dublin
4 months ago
Man arrested after a woman is fatally stabbed in Antrim
Next Page