The quote came during a barrage of tweets in the early hours of Monday morning.

President Donald Trump posted 46 messages on Twitter as his weekend ended (so early in the morning for us over here), and in the midst of all those messages, he quoted Fox News contributor and megachurch Pastor Robert Jeffress.

"They know the only Impeachable offense that President Trump has committed was beating Hillary Clinton in 2016. That’s the unpardonable sin for which the Democrats will never forgive him. 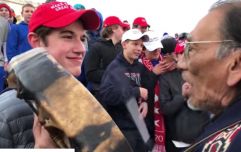 END_OF_DOCUMENT_TOKEN_TO_BE_REPLACED

"If the Democrats are successful in removing the President from office (which they will never be), it will cause a Civil War like fracture in this Nation from which our Country will never heal."

I have visited nations ravaged by civil war. @realDonaldTrump I have never imagined such a quote to be repeated by a President. This is beyond repugnant. https://t.co/a5Bae7bP7g

Many others reacted similarly, stating that Trump's tweets was tantamount to threatening violence if he is impeached.

Trump's impeachment proceedings began due to a whistleblower complaint, which stated that he had pressured the president of Ukraine (and former comedian) Volodymyr Zelensky to open an investigation into Joe Biden and his son in order to scupper his presidential campaign.

It has been alleged that Trump went as far as to threaten to withhold military aid from Ukraine unless officials there investigated the former vice-president. 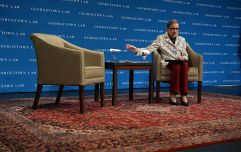 END_OF_DOCUMENT_TOKEN_TO_BE_REPLACED

During the same tweet-storm, Trump stated: "Like every American, I deserve to meet my accuser, especially when this accuser, the so-called 'Whistleblower,' represented a perfect conversation with a foreign leader in a totally inaccurate and fraudulent way."

He immediately followed this by demanding that House Intelligence Chairman Adam Schiff (who will be in charge of the whistleblower investigation) be investigated for treason: "Then Schiff made up what I actually said by lying to Congress. His lies were made in perhaps the most blatant and sinister manner ever seen in the great Chamber.

"He wrote down and read terrible things, then said it was from the mouth of the President of the United States. I want Schiff questioned at the highest level for Fraud & Treason."

The Big Reviewski || JOE · The Big Reviewski with Y: The Last Man, that Malignant ending & a secret streaming service
popular
One of the most-anticipated movies of the last few years is finally available to watch at home this week
The 50 most iconic songs of all time* have been revealed
PICS: The man with the biggest penis in the world has one unbelievable problem with it
Almost 25 years on, one of the stars of Face/Off tells a personal Nic Cage story
Simon Harris and wife welcome arrival of new baby boy
Government announces special €1,860 payment for laid-off workers during pandemic
It looks like Garth Brooks will play FIVE nights in Ireland after all
You may also like
1 week ago
Comedian Norm Macdonald dies aged 61 after battle with cancer
1 month ago
US pharmacist arrested for selling dozens of vaccine cards on eBay for $10 each
1 month ago
Terrifying video shows guest at reptile centre rescuing handler pulled in by alligator
1 month ago
18-year-old TikTok star Timbo the Redneck dies after stunt goes wrong
3 months ago
Americans offered free beer as latest incentive to get Covid-19 vaccine
7 months ago
"If invited, I will go." Micheál Martin on St. Patrick's Day trip to the White House
Next Page