Around the World in 80 Clubs: Eindhoven Shamrocks, The Netherlands (#57)

Forget PSV, it’s all about GAA in Eindhoven as far as these guys are concerned.

Such is the spread of the GAA around the world that rivalries have sprung up in different countries that are almost as fiercely contested as any you’d find throughout Ireland.

In the case of continental Europe, that rivalry spreads to teams located in different countries, such as Eindhoven Shamrocks in the Netherlands and Leuven in Belgium and their regular contests in the Benelux shield.

END_OF_DOCUMENT_TOKEN_TO_BE_REPLACED

Eindhoven Shamrocks, better known as ‘The Shams’, have been in existence since 2013 and are one of five GAA clubs in the Netherlands.

In the four years since their formation, they have attracted players from a wide range of countries, as well as providing an outlet for locals and the sizeable expat community in the area.

We caught up with club secretary Ciarán ‘The Wand’ O’Reilly to find out a little more about the club and he was happy to tell us about half-naked raves, getting lost in the Luxembourg caves and life beyond the dressing room doors.

END_OF_DOCUMENT_TOKEN_TO_BE_REPLACED

Club: The Eindhoven Shamrocks, AKA The Shams

Biggest rivals: We’ve had some fantastic games with Leuven this year in four shield finals; we won three of the four and took home the Benelux shield. It’s always an exciting, passionate game when we play. We have a great relationship with Den Haag as we used to play with them before we were set up, but that’s more of a friendly rivalry! 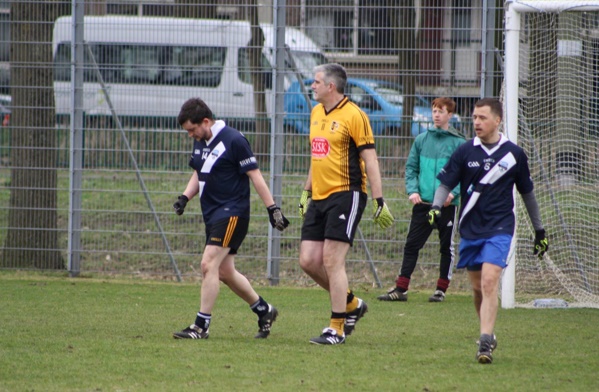 END_OF_DOCUMENT_TOKEN_TO_BE_REPLACED

Biggest representation from a club/county in Ireland: Cork or Dublin… the irrelevant counties.

Most famous ever member: I think the camera scanned by Dan Burke at an All-Ireland Final once.

Most memorable moment in the club’s history: Winning the overall shield in Benelux this year, or Ciarán Matthysens telling us about himself and a few others – I think Cillian Bass and Cian O’Rourke, not to point any fingers – all waking up the morning after the Eindhoven tournament sharing one futon and wearing naught but their medals!

It’s an image most of us are struggling to get rid of.

Most eye-catching scoreline in the club’s history: Beating Belgium A and B in the one day in Luxembourg two years ago. Unfortunately, we were too knackered afterwards to follow it up with anything. But beating Belgium always holds a special place for the Dutch clubs.

Player who makes the longest commute to training: We can barely get the lads from Eindhoven to show up, let alone from far away! Dave Coleman has travelled over from Dublin to finally score his first goal after three years of playing corner forward...

Most dedicated club person: Ben ‘An Runaí’ McEntee. The man spends more time on the Shams than his personal life; special shout out to Michelle Matthews for letting him away with this.

As they say, every special man has a special lady behind him, and the woman has a man in front of her, tripping her up!

Player who could have made it big if love/career/drink didn’t get in the way: Ciarán ‘The Wand’ O’Reilly. Dislocating that shoulder on a bouncing castle when he was 16 stopped his career as a Meath footballer. Permanent residence on a bar stool in O’Shea’s for seven years also didn’t help.

Biggest character: Darren ‘The Shteak Dizzy Dishco Dazzler’ Tiernan. A larger-than-life character and a fella who usually ends up drinking everyone under the table.

Loudest in the dressing room: It’s a toss-up between Darren and Ciarán, although the half-naked rave in the Den Haag dressing room this year was a team event. 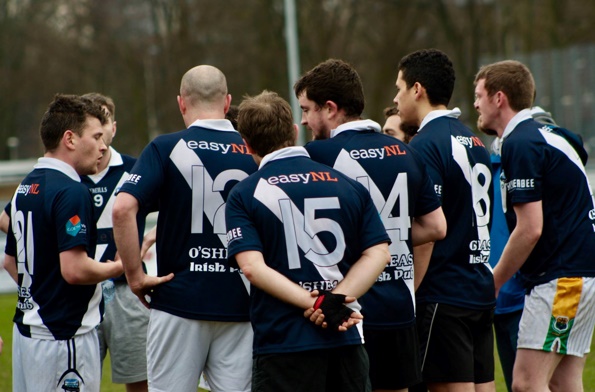 Number of romances that started in the GAA club (feel free to name names): Bagel (Editor’s note: We assume this means zero). The women in the club are far too intelligent to fall for any of the lads. I suppose we all have a special place in our hearts for Den Haag Secretary Mary Gavin… but she’s way out of our league!

Duck to water award – Best new player who had never played GAA before: Tijs ‘Legbreaker' Beenhakker. A pest of a corner-back who just loves to leave his hand in whenever possible.

Most annoying person in the club WhatsApp group: Colin Hamilton.

Best story involving a club member that’s fit for print: More than a few. Our goalkeeper Edwin managed to manage to travel to every train station in The Netherlands, while suffering from a fine sunburn after the Amsterdam tournament due to a few too many the night before.

There’s also the time the resident club sicknote, ‘The Wand’ O’Reilly (yep I’m so class I’m referring to myself in the third person), became the ghost of the Luxembourg caves. 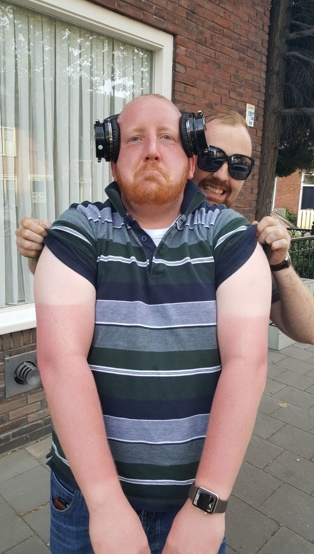 After a stellar performance in the tournament the day before, we naturally celebrated with 'revels', which included almost every type of alcohol on sale in the city. Anyway, the next morning, we decided to go on a cultural visit to the Luxembourg caves.

I was pretty hungover to say the least and the caves were pretty clammy and not the best place for a hangover. So I decided to sneak off 'to give Hughie a call' (Editors note: we think this means to vomit), to help myself better appreciate the caves, of course.

I never told the lads where I was going, so all they heard was some loud growling echoing through the caves, a few French kids running and screaming about a monster and then finally finding myself leaving my slightly digested full Irish breakfast on the streets of Luxembourg below.