After reading this, you, like us, will want to find out who exactly 'Roy' and 'Paddy' are as soon as possible.

The real ‘Roy’ and ‘Paddy’ have been granted anonymity for the purposes of this article and with good reason too.

After all, you’d want your name protected if you tried to steal a dog on a night out, got locked out of your apartment and had the cops called on you because you were presumed dead while asleep in the back of a pickup truck.

END_OF_DOCUMENT_TOKEN_TO_BE_REPLACED

But more on that later.

The club that the two stars of that story (which is relayed in more detail below) represent, Albany Rebels, have been on the go for the last five years, competing in the Midwest Division of the North American County Board (NACB).

They play a league schedule during the summer against teams from Upstate New York and also test their mettle in non-league games and tournaments across Northeast United States and in Canada. 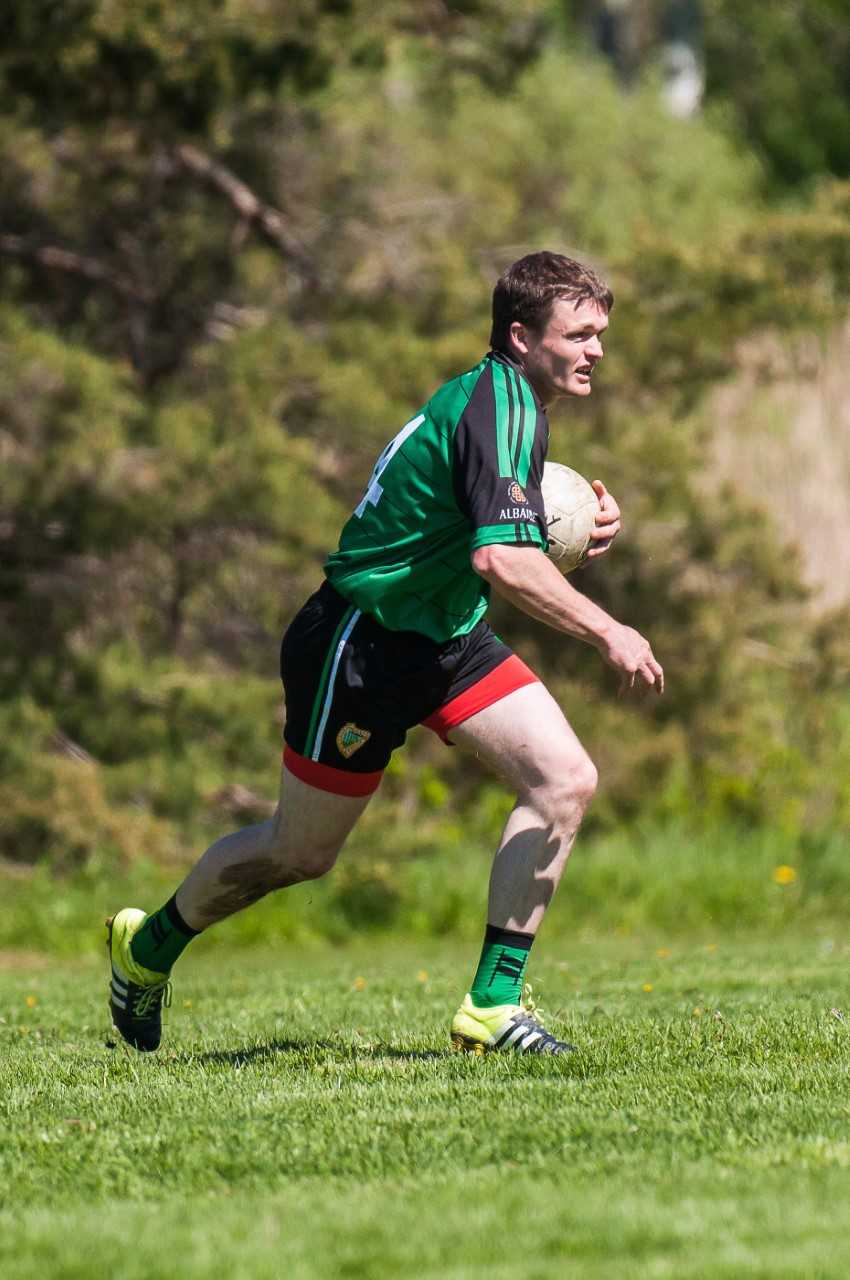 END_OF_DOCUMENT_TOKEN_TO_BE_REPLACED

With a nice mixture of indigenous and Irish players, the Rebels have approximately 30 members and remain active the whole year round, sponsoring a free monthly indoor practice from November to March to keep fit during the off-season.

Chairperson Cillian Flavin filled us in on life at the Rebels when we caught up with him recently and shed some more light on the exploits of ‘Roy’ and ‘Paddy’ in a tale that will likely never be forgotten by anyone associated with the club.

END_OF_DOCUMENT_TOKEN_TO_BE_REPLACED

Biggest representation from a club/county in Ireland: One each from Cork, Tipperary, Mayo and Dublin.

Most famous ever member: Super Joe Bradley - basically the mayor of Albany.

Most memorable moment in the club’s history: Winning the Montreal tournament this year.

Most eye-catching scoreline in the club’s history: 6-8 to 4-13 v Fairfield. It took an extra-time goal fired into the top corner by Mark Adam (below) for Albany to win this game by one point. The game was won with the last kick of the ball in the match. 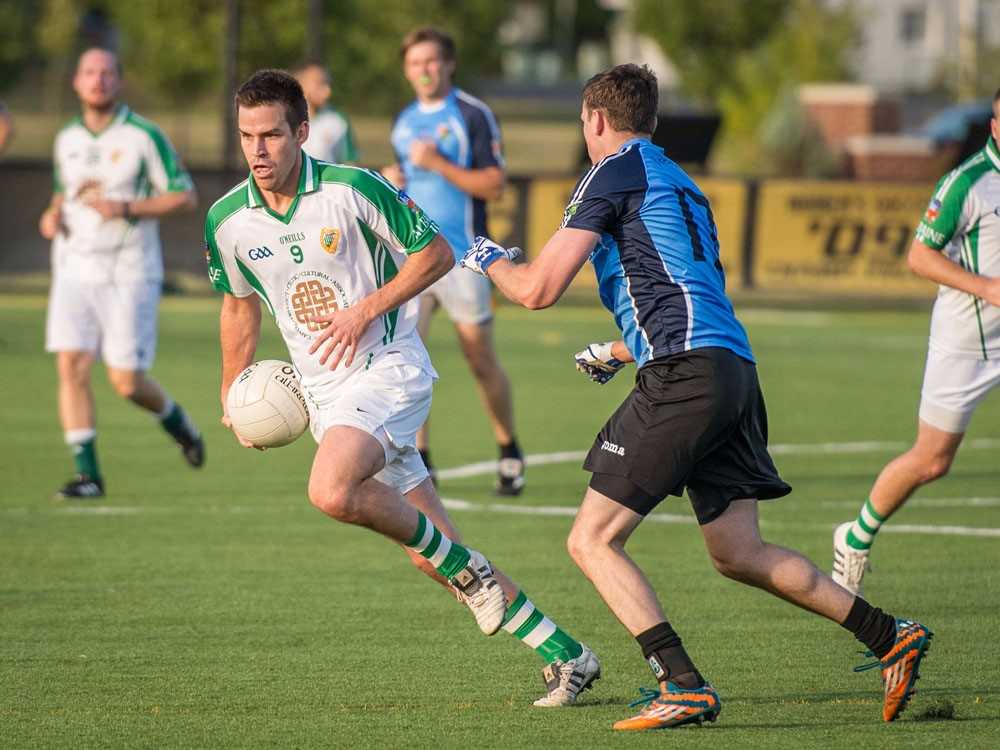 Most dedicated club person: Cillian Flavin. A former coach, he is the current Chairman and a director of the club and he used to be treasurer. He’s also one of the original team members.

Player who could have made it big if love/career/drink didn’t get in the way: Ian Maher. He never orders a single drink; he made our pub crawl this year a blast!

Loudest in the dressing room: Dylan Conklin. He heckles his own team during games and is just generally mad in the head.

Number of romances that started in the GAA club (feel free to name names): Cillian Flavin and Ryan Moloney have an unhappy marriage; it’s a real love/hate relationship.

Duck to water award – Best new player who had never played GAA before: Mark Adam. Mark and Ian are the engine of this team. Mark is a dynamic player with a real eye for goal. He is tenacious and from day one, he lifted the entire team to a new level. 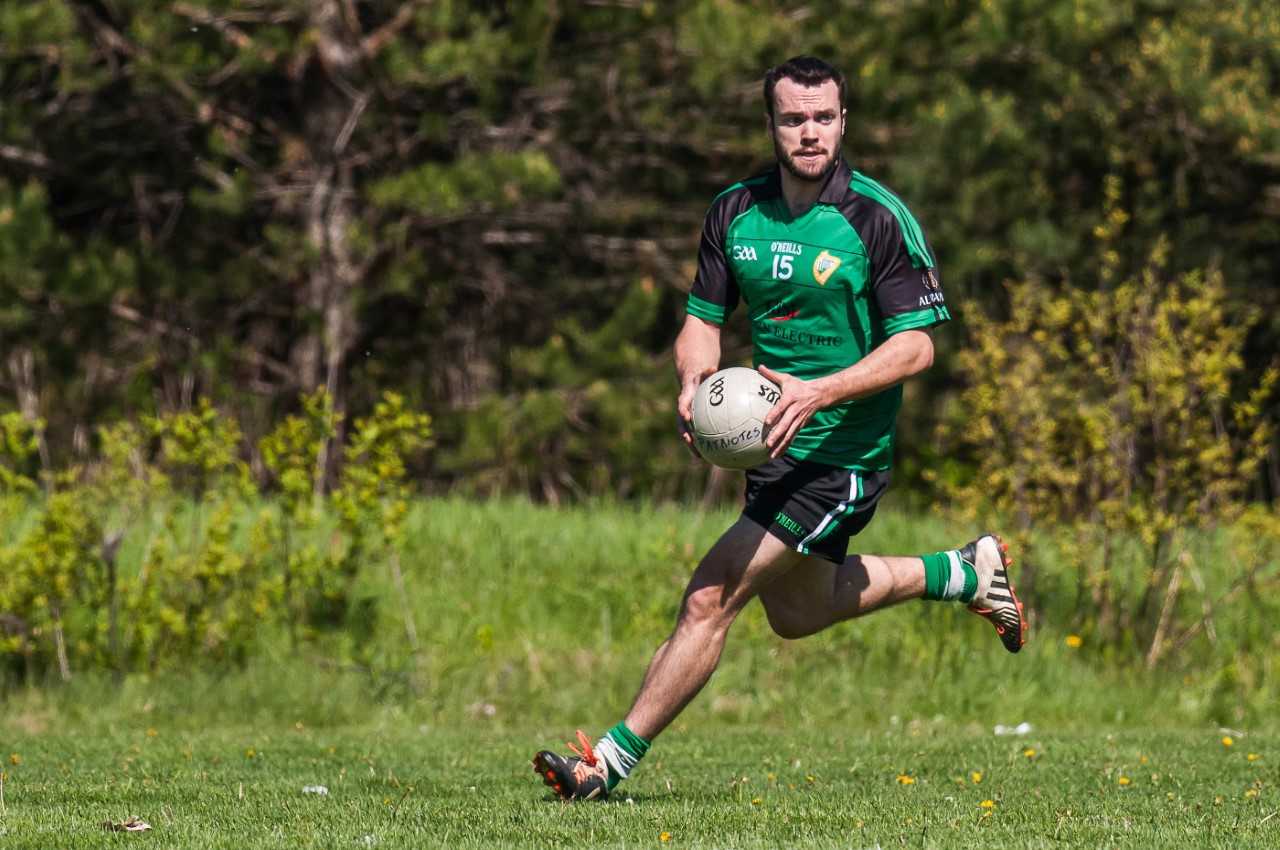 Best story involving a club member that’s fit for print: Two of our lads, let’s call them Roy and Paddy, ‘rescue’ a dog on a night out.

Roy and Paddy like to drink, and they have had a few notable stories while on the drink. The ‘dog stealing’ episode in Saratoga is by far the best of them.

The two lads are out drunk, it is late at night and they call the cops. What is interesting about this is that they are calling the cops on the owner of a dog, who they are convinced is not the owner of the dog because said dog likes them better. In reality, they called the cops on themselves as they have taken possession of a pet and won't return it to the owner! Eventually, an officer arrives and makes them give the dog back to the owner and tells them to go home. 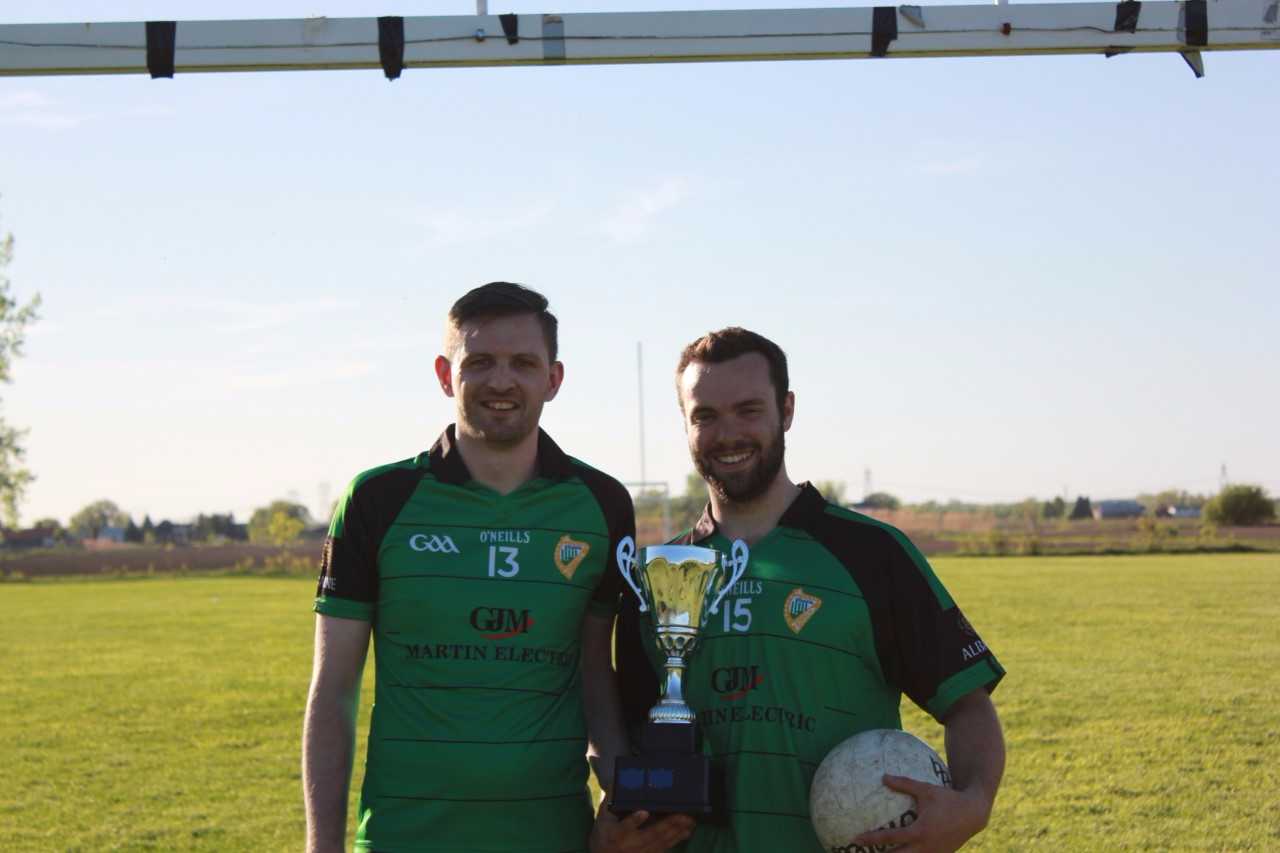 Cillian Flavin and Timmy Gerrish, not 'Roy' and 'Paddy'... maybe

After this, they get back to Paddy’s apartment where they can’t get in. Paddy sleeps in the hallway, Roy goes outside and sleeps in the back of his pick-up truck. 911 gets called again because there is a guy reported dead in the back of a pickup truck. The fire brigade responds and wakes up Roy. They tell him to go inside because you can’t sleep in your car!

But that is not the end of it… the next day they run into the dog owner from the night before walking his dog. Not only that, it turns out the keys were actually in Paddy’s pocket all night long, which could have prevented a lot of hassle had he been sober enough to actually check his own pocket in the first place.

popular
The Last Of Us Episode Five will premiere days earlier in Ireland and UK
One of the most underrated crime thrillers of recent years is among the movies on TV tonight
Amazon Prime Video has just added 21 big movies to its library
Shock as blues singer beats Adele, Beyonce and Taylor Swift to win Song of the Year Grammy
5 years ago, Hollywood took a massive gamble on a huge sequel... and lost big time
Ben Affleck's bored expression at the Grammys becomes a meme
The first reviews for Hogwarts Legacy are absolutely stellar
You may also like
3 months ago
Brendan Óg Duffy's father speaks powerfully about his son's death
3 months ago
Gardaí investigating alleged assault on under-9 GAA player at children's sports event
5 months ago
Roscommon GAA confirms investigation into alleged assault on referee during juvenile game
6 months ago
Looking for a hotel room for the All-Ireland Final weekends? It won't come cheap...
7 months ago
Taoiseach condemns "disturbing" fight at Galway v Armagh game
8 months ago
The 2 Johnnies share unbelievable catfish ordeal affecting over 40 people
Next Page