Around the World in 80 Clubs: Slovak Shamrocks, Bratislava, Slovakia (#46)

Proud owners of one of the snazziest GAA kits in all of Europe.

From once having had to borrow jerseys from a local rugby club, Slovak Shamrocks now sport one of the nicest designs you’re likely to come across in the GAA and that’s not the only measure of how far they’ve progressed in the last six years. 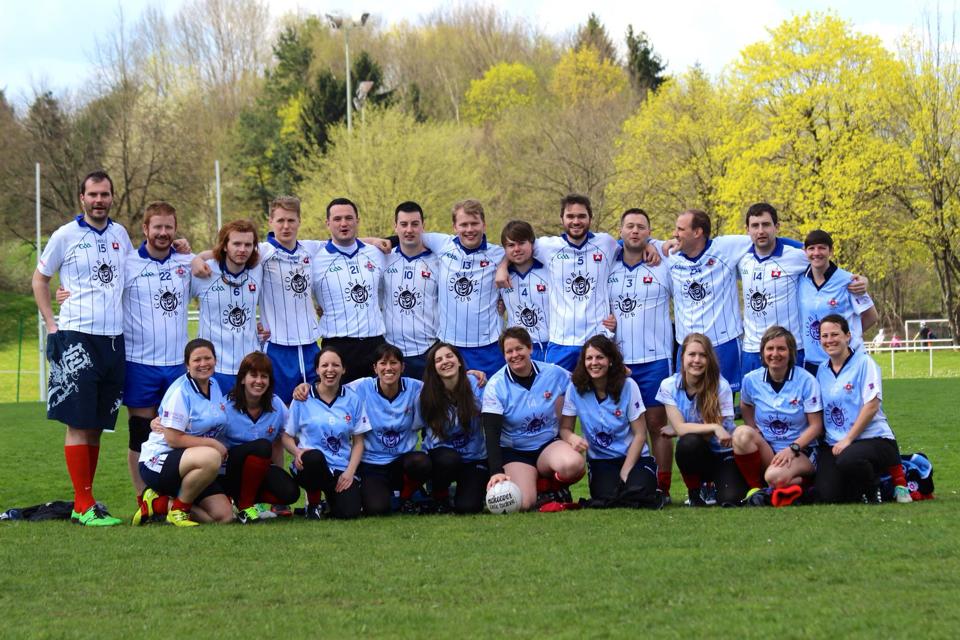 END_OF_DOCUMENT_TOKEN_TO_BE_REPLACED

As is the case with most GAA clubs outside of Ireland, the United Kingdom and the big cities in North America, travelling long distances to play matches is a way of life for the Shamrocks, but they are willing travellers, having competed in tournaments in Warsaw, Berlin, Prague, Munich, Padova and Maastricht over the years.

The club is always on the lookout for new members and we caught up with an existing one, David Wells, to shed some light on some of the characters he shares a dressing room with, including a lifelong member of the Mayo GAA fan club and a 6’10” Slovak man mountain prone to swearing when he’s angry.

END_OF_DOCUMENT_TOKEN_TO_BE_REPLACED

Number of members: 40 and growing.

Biggest rivals: Vienna Gaels. They’re good lads off the field, but we love skulling them on it.

Biggest representation from a club/county in Ireland: Probably Ciaran Halley. Platinum member of Mayo GAA Fan Club since he was seven years old. 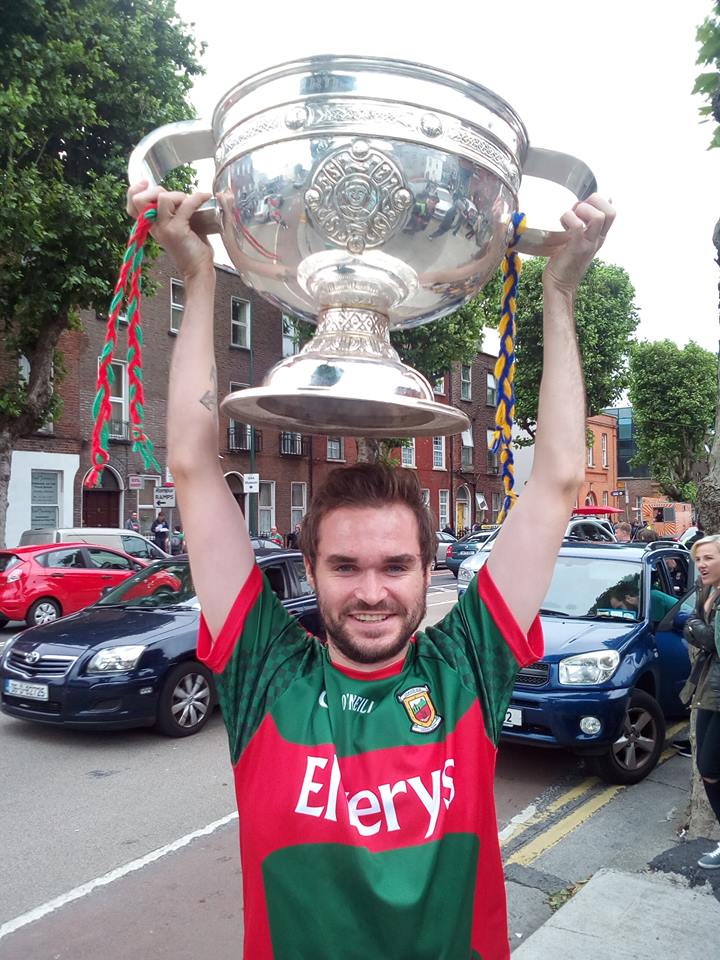 END_OF_DOCUMENT_TOKEN_TO_BE_REPLACED

Most famous ever member(s): Word on the street is that our ladies’ vice-captain Elisa Maniero was a Milanese catwalk model.

Most memorable moment in the club’s history: The men’s team finishing runners up in the Junior Pan European tournament, losing by two points despite playing into extra-time against a team who had won the last five intermediate titles.

You had to be there…

Most eye-catching scoreline in the club’s history: For the women, they came back from 14 points down at half-time to Holland to win. Our ladies had only recently been established.

The men, meanwhile, lost to Prague in Berlin by only a point, a decent result considering our goalie failed to turn up for the throw-in because he was in the jacks and then got sent off for bad language immediately afterwards.

To lose by a point wasn’t bad. You had to be there…

Player who makes the longest commute to training: Well, it’s several players actually. Every year, a team from Kuwait come over to play in our invitational tournament. We love those lads.

Most dedicated club person: Of course there are many members without whom we wouldn’t have our club. 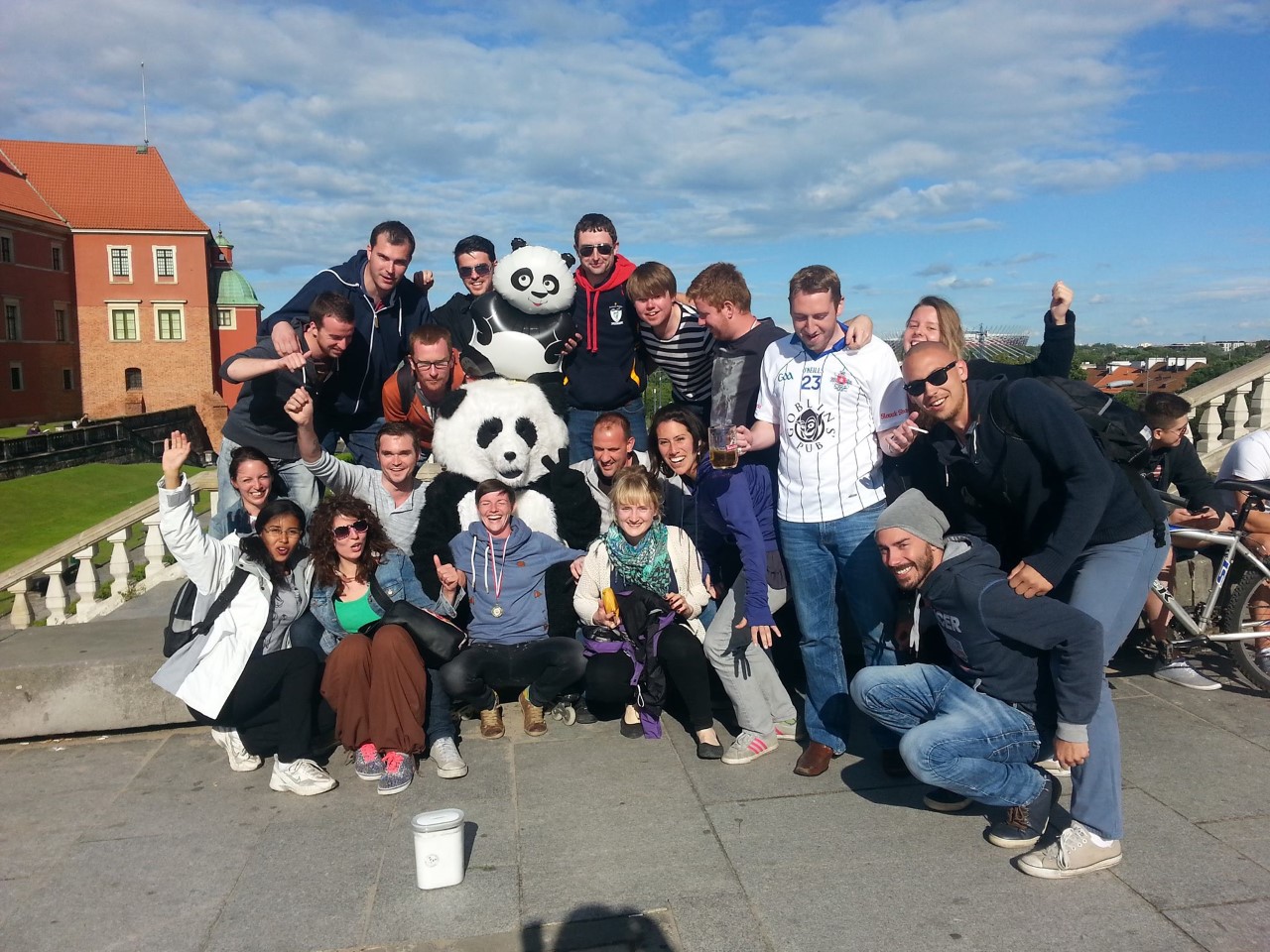 But for me, it is probably El Presidente, Shane Crean. Besides all the behind the scenes stuff, rain or shine, he’s at training. He may take half an hour doing his laces up to avoid the sprints and then the other half hour nursing a hangover on the bench… but at least he’s there.

Loudest in the dressing room: For the ladies, it’s Sarah Cook. She’s English AND teaches little kids, so what do you expect?

For the lads, it has to be the man from Cavan, Shane Hughes. He welcomes/scares off any newbie who arrives by calling thing a ‘[insert place of birth] hoor’. Then threatens to skull them.

He makes general meetings so much more fun when he raises his hand just let a torrent of swear words come out and then sinks back into his Guinness. We love him.

Number of romances that started in the GAA club (feel free to name names): There have been a fair few. Most of the ladies’ team seem to fancy the men’s captain, Dai Wells; he’s kind, strong, intelligent, handsome and has a sexy Welsh accent.

But the stand out story has to be Ciaran Chapman proposing to Lidija Garnadac at the Padova regional tournament after party. They will marry this year!

Duck to water award – Best new player who had never played GAA before: Most of our team have never heard of Gaelic football before, never mind play it!

We’re made up of so many nationalities and even the Irish didn’t really play back home. There are so many to choose from it would be unfair to select one person. Everyone pulls their weight despite their negligible experience. 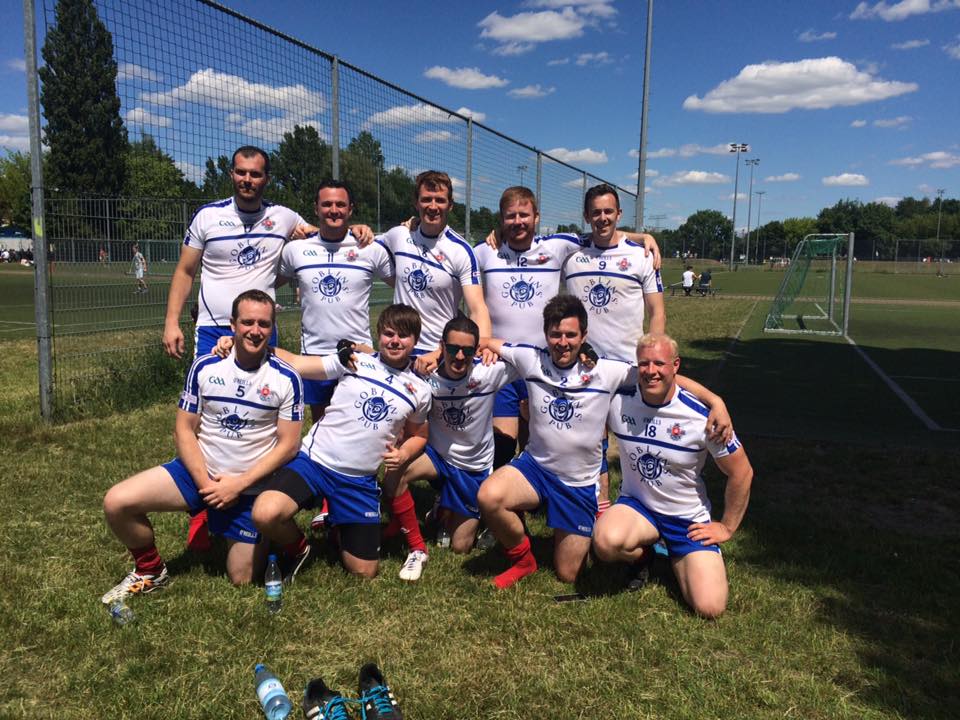 Best story involving a club member that’s fit for print: For me, it has to be at the Pan Europeans in Maastricht 2014, when we booked the team in to a hotel.

Ciaran Halley was down to room share with Lubos Herbulak (our 6'10" Slovak man mountain); they went to find their room and when they got to it they found it was the size of match box. In order for him to lie down, Lubos had to turn his bed diagonally and open the window to stick his feet out, just so he could lie down.

The next morning, Halley was woken by the sound of what he thought was a bear, but it was actually Lubos, who, upon trying to stretch, found out he actually couldn't due to the zero space, and roared out a Slovak phrase, the English translation is not fit for print though.

popular
Harvard study reveals how many times men should ejaculate each month to stay healthy
Parents left in shock after gorillas start mating in front of kids at zoo
Colin Farrell shouldn't win the Oscar this year
Conor Mcgregor hit by car ‘at full speed’ while cycling
Close call as Paul McCartney tries to pose on Abbey Road crossing
The JOE Friday Pub Quiz: Week 331
Netflix has just added one of the best sci-fi movies of recent years
You may also like
3 months ago
Brendan Óg Duffy's father speaks powerfully about his son's death
3 months ago
Gardaí investigating alleged assault on under-9 GAA player at children's sports event
4 months ago
Roscommon GAA confirms investigation into alleged assault on referee during juvenile game
6 months ago
Looking for a hotel room for the All-Ireland Final weekends? It won't come cheap...
7 months ago
Taoiseach condemns "disturbing" fight at Galway v Armagh game
8 months ago
The 2 Johnnies share unbelievable catfish ordeal affecting over 40 people
Next Page