The Arsenal manager will be joined by a host of London sporting and entertainment celebrities to voice announcements for the Tube as part of the Poppy Day celebrations.

The Frenchman's voice will be resonating across Tube stations around London on Poppy Day. Okay, well not quite all of London, more so the Arsenal end of London, particularly for the Arsenal, Holloway Road and Finsbury Park stops. He'll share announcement duties for that area with Arsenal captain, Mikel Arteta. 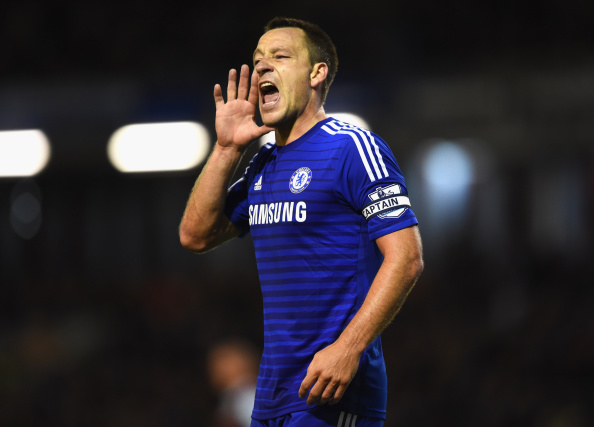 END_OF_DOCUMENT_TOKEN_TO_BE_REPLACED

Other stars involved in the project are John Terry (pic above), who will be voicing announcements for areas around Chelsea such as Fulham Broadway, Earl's Court and West Brompton. Players from Spurs, Fulham and West Ham will also be lending their larynx to the cause for the day that's in it.

It's not just footballers involved in the initiative though, oh no siree, there are also celebrity names such as Sir Terry Wogan, Stephen Fry and Barbara Windsor.

We'd love them to do something similar here in Dublin for the DART or the LUAS. Maybe Robbie Keane voicing the whole of the LUAS Red Line and preceding each announcement with, "It's always been a dream of mine to get off at this next stop... the Red Cow".

The Big Reviewski || JOE · Shane MacGowan snarls & stars in this new documentary from Julien Temple
popular
9 weird and wonderful Irish Christmas traditions we absolutely love
The JOE Music Quiz: Week 36
The JOE Movie Quiz: Week 80
The JOE Friday Pub Quiz: Week 220
Harry Styles hits back at critics who told him to be more 'manly'
Status Yellow snow warning issued for five counties
The 50 most iconic songs of all time* have been revealed
You may also like
4 days ago
EA Sports respond to 'baseless' lawsuit over alleged scripting in FIFA 21
1 week ago
Jurgen Klopp argues with BT Sport interviewer over kick off times
1 week ago
Diego Maradona: A remarkable career in pictures
1 week ago
Tributes pour in after Diego Maradona dies aged 60
1 week ago
PS5 controller trigger will tighten to indicate player fatigue on FIFA 21
2 weeks ago
Megan Rapinoe admits 'teasing the English is such a pleasure'
Next Page