Biting off more than they could chew: Sports stars and teams that completely underestimated their opponents

Biting off more than you can chew is not just something Luis Suarez does when peckish, it's also a trait of many an overconfident sports star.

We love a bit of confidence… we’re all Conor McGregor fans, aren’t we? However, if you're going to talk the talk, then you’re going to have to walk the walk.

Them be the rules.

JOE knows this, you know this, but these lot quite simply don’t… 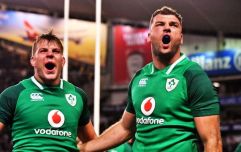 END_OF_DOCUMENT_TOKEN_TO_BE_REPLACED

In Mike’s defence, the whole world thought Buster was just a stop-gap before he defended his Heavyweight World Title against Evander Holyfield.

Of course, Mike would win his title back, before once again (this time literally) biting off more than he could chew against Holyfield. 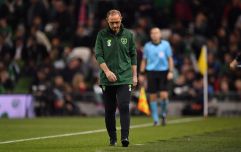 END_OF_DOCUMENT_TOKEN_TO_BE_REPLACED

The Welsh were expected to romp home against Western Samoa and claim their place in the quarter-finals of the tournament. Everything was perfect – the game was being played in Cardiff, Western Samoa were relative minnows and the Welsh had a team full of star names.

Unfortunately for Wales, the Samoans hadn’t read the script.

This huge shock produced one of JOE’s favourite rugby quips – “Imagine how bad it would have been if Wales played all of Samoa.”

Let's just lay this one out for you: Peyton Manning had been voted NFL's MVP for the fifth time and his Denver Broncos side were playing against the Seatle Seahawks, who aren't exactly NFL heavyweights.

It was all set for Manning to win yet another Super Bowl Ring.

Name a world-class Greek footballer? Don't worry, JOE struggled as well. Do you think their lack of world class stars mattered much during the 2004 European Championships? Nope.

Greece had the team spirit and the element of surprise to beat defending champions, France, and European heavyweights Czech Republic and Portugal on their way to claiming the title.

To avoid biting off more than you can handle, move to Three where you can get all you can eat everything.

All texts, all calls and all data for €39.75 a month. For more information click here.

popular
Secretary-General for Department of Health receives €81,000 salary increase
Amazon Prime Video has just added 16 big movies to its library
18-year-old woman attacked with metal pole by three men in Belfast
The Tinder Swindler review: Exactly the kind of documentary Netflix should be making
Report finds "significant harm" caused to 46 children and young people at Kerry mental health service
QUIZ: Can you get 10/10 and correctly name all of these fruits?
China gives Fight Club a new ending, manages to completely change the plot of the movie
You may also like
2 years ago
Former Wales and Lions wing Gareth Thomas reveals he has HIV
3 years ago
UK planning to build a new nuclear power plant directly across the sea from South Dublin
3 years ago
QUIZ: Can you remember the starting 11 from the last time we played Wales?
3 years ago
Body of Irish man has been reportedly identified over 30 years after he went missing
3 years ago
Stena Line are offering return trips between Ireland and Wales for €6.50
3 years ago
18-year-old male arrested after car 'ploughs through crowd outside nightclub' in Wales
Next Page