Both Sky and BT Sport have both stepped their game up in recent years.

BT Sport have had every single Champions League game on their channels, and a mixture of the late kick-off and early kick-off in Saturday Premier League games. 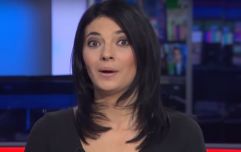 END_OF_DOCUMENT_TOKEN_TO_BE_REPLACED

And Sky remains a must for sports fans for the sheer amount of sport that they show. Most recently, they have added absolutely loads of NBA games, and still have the rights to almost every single Premier League game on Sundays.

And from next summer onward, Irish customers who have a Sky TV package will have their choice of sports on Sky and now BT Sports through a single subscription.

This means that those who are subscribed to Sky TV in Ireland will now have access to the massive range of sport that BT have to offer. 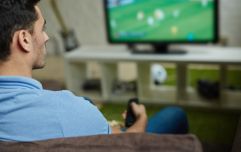 Bad news sports fans: The new Sky/BT TV deal will not be available to Irish customers

END_OF_DOCUMENT_TOKEN_TO_BE_REPLACED

JD Buckley, managing director of Sky Ireland, welcomed this news, saying: "This is fantastic news for Sky customers in Ireland who will now be able to access all matches on Sky and BT channels from the Premier League, Champions League and Heineken Champions Cup rugby directly with a single Sky TV subscription."

Sounds good to us. Roll on next summer.

popular
Amazon Prime Video has just added 21 big movies to its library
A nationwide Eir outage has a number of people without broadband
Shock as dead dolphin vandalised with graffiti on Dublin beach
Fianna Fáil denies paying for bots to boost Stephen Donnelly tweet
One of Liam Neeson's best ever performances is among the movies on TV tonight
The six Eurovision countries with "irregular voting patterns" have been revealed
Emirates is looking to hire cabin crew members in Ireland for tax-free jobs
You may also like
1 week ago
The Staircase has one of the most shocking scenes of any show in recent years
1 week ago
Here's how long it takes on average for your phone service provider to solve your problem
2 months ago
All eight episodes of Peacemaker will be available for Irish viewers this month
5 months ago
Landscapers is the ultimate true-crime murder mystery show
5 months ago
This new rom-com about writing a Christmas #1 is absolutely going to make you cry (in a good way!)
9 months ago
New streaming service Paramount+ to launch for free for Sky Cinema subscribers in Ireland
Next Page