"Let's be honest, Kerry are in transition."

Kerry have one of those good problems, at present, and one that would be the envy of just about every other county in the land.

Eamon Fitzmaurice and his team were looking good in last year's All-Ireland football championship until, to the surprise of many, Mayo found another level in the semi final replay and blew them out of the water.

END_OF_DOCUMENT_TOKEN_TO_BE_REPLACED

As happens every winter without the Sam Maguire for company, there has been much introspection in The Kingdom. Fortunately, though, Fitzmaurice has some fast maturing minor and U21 stars that he should be able to start feeding into his Allianz Football Leagues squads.

Friday night saw a frisson of excitement as five debutants were named in a Kerry team to face Donegal in Sunday's league opener. On The GAA Hour, however, host Colm Parkinson sounded a warning about Kerry and [from 24:00 below] suggested they may yet find themselves in a relegation battle from Division 1. 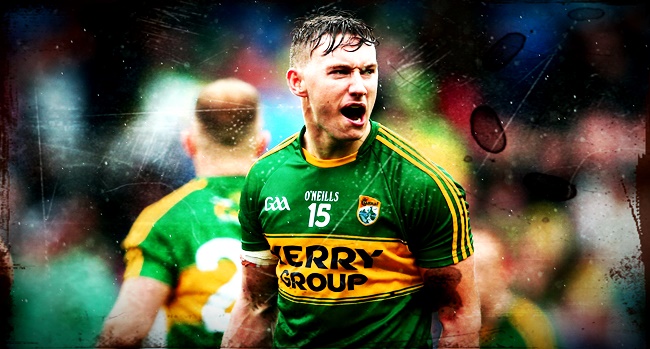 "Kerry are, wait for this, away to Dublin, away to Mayo, away to Tyrone and away to Monaghan.

"Add to that, they have a staggering 19 players out through injury - as was reported in The Irish Examiner - and add to that, they are reported to be giving a lot of young lads a run. Let's be honest, Kerry are in transition, they need to see these fellas because Fitzmaurice saw a few in the league last year but didn't use all that many in the championship.

"So, like, you could almost make an argument that Kerry could struggle in this league."

END_OF_DOCUMENT_TOKEN_TO_BE_REPLACED

That statement was met with disagreements from both Stevie McDonnell and Conan Doherty, but Parkinson pressed on. He listed the big names that are currently out injured or struggling to get their full fitness back, including the likes of Donnchadh Walsh, Johnny Buckley, Tadhg Morley, David Moran and Kieran Donaghy.

McDonnell, who enjoyed many a battle with The Kingdom in his Armagh days, pointed out that Fitzmaurice has a good crop of young players at his disposal and just needs a few to grasp their league opportunities to make another decent run at the Sam Maguire this summer.

The final rub may lie somewhere in between. Kerry do have four tricky away fixtures and they will be blooding several new faces over the coming months but if the likes of Seán O Sé and David Clifford can bring some of their underage form to the senior party, they could yet retain their league title.

That is what makes Kerry's journey one to definitely watch these next, potential, eight months.

popular
Nearly 100 flights delayed at Dublin Airport on Monday
QUIZ: Can you get top marks in this short but tricky Irish geography quiz?
Motorcyclist in his 30s dies following two-vehicle collision in Kerry
Family of Ashling Murphy share heartbreaking tribute at Fleadh Cheoil
RTÉ tries to solve Michael Collins murder in new documentary
4-year-old girl killed in Sligo caravan park named as Alice Dunleavy
Grease star Olivia Newton-John has died, aged 73
You may also like
4 weeks ago
Looking for a hotel room for the All-Ireland Final weekends? It won't come cheap...
1 month ago
Taoiseach condemns "disturbing" fight at Galway v Armagh game
2 months ago
The 2 Johnnies share unbelievable catfish ordeal affecting over 40 people
2 months ago
Limerick hurler arrested following alleged altercation with Tipperary player in Limerick pub
3 months ago
Woman in her 20s dies after accident during Camogie match
9 months ago
Wicklow GAA to investigate fight after Under 15 match on Saturday
Next Page